Lalita most recently served as Executive Producer at Omelet 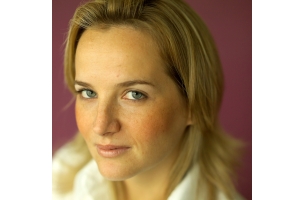 The hiring of Koehler marks the third high-profile talent acquisition for Saatchi LA in the last 11 months, following the hiring of Chief Creative Officer Jason Schragger in June of 2014 and Executive Director of Talent, Kirk Guthrie, just three months later.

Saatchi LA is part of a network of 130 offices in 70 countries owned by the Publicis Groupe – the third largest communications group in the world. As the agency of record for Toyota Motor Sales (TMS), U.S.A., Inc. for over 30 years, Saatchi LA employs more than 450 full-time staff.

“We are very excited to welcome Lalita to the Saatchi LA family. She brings a breadth of experience across a spectrum of channels. Her role is critical as the need to develop content for ideas that are uniquely relevant to both the channel and its audience is rapidly expanding. Lalita will be a key player in shaping the future of our offering”

Koehler, a native of Brazil, brings more than 15 years of experience in helping stories come to life to Saatchi LA. Prior to working in advertising, she spent half a decade at Yahoo!, where she produced and launched many top products.

“I am really excited to join Saatchi LA,” said Koehler. “I look forward to working with a great team and a great client.”

After the birth of her daughter Chloe and a break from working in Silicon Valley, Koehler decided to bring her knowledge to the advertising industry, working in San Francisco, first at Pereira O'Dell and, later, with DOJO.

When the family moved to France, the veteran joined TBWA DAN Paris as head of production. It was there that she first demonstrated her multi-disciplinary beliefs, creating an integrated production department at the agency, which directly led to award-winning work for clients such as Dom Perignon, Michelin, Playstation and SNCF.

After returning to the United States a short while later, Koehler joined The Martin Agency (Richmond, Virginia) as Executive Integrated Producer, working for several clients, including Mentos, Pizza Hut, Tylenol, Walmart and the John F. Kennedy Presidential Library and Museum.

In 2013 her mind was set to move back to west coast, and she moved to Los Angeles.  Since her arrival in Southern California, she has done project work on the rebirth of Myspace, and on the Apple 30th anniversary project as well as on iPhone 5C.

Most recently, she served as Executive Producer at Omelet, producing work for AT&T, Microsoft, Square Enix and Ubisoft.