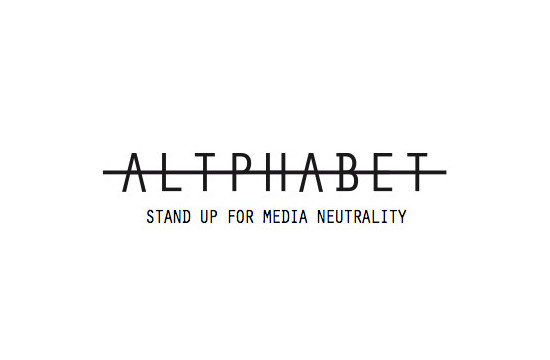 Saatchi & Saatchi and The European Initiative for Media Pluralism launch ALTphabet: a campaign in defense of pluralism and freedom of the media, which involves major European newspapers.

The safeguarding of freedom of expression, independence of the media, and the fight against online censorship: these are the themes of the new international campaign ALTphabet, promoted by the European Initiative for Media Pluralism in conjunction with Saatchi & Saatchi.  This initiative was launched with the aim of collecting 1 million signatures across Europe to support freedom of the press, through the ECI - European Citizens’ Initiative

This is not a simple petition but a real tool of direct democracy in favour of European citizens, in fact, if we will collect 1 million signatures in at least 7 countries, the European Commission will have the opportunity to promote a Directive in favour of the independence of the media and thwart the control of which the media is suffering.

ALTphabet is the name of an encrypted code, created by Saatchi & Saatchi Italy, to encode and protect online messages: a tool for demonstrating support for the independence of the media and to raise public awareness.

On the website a multilingual translator allows users to encode their message in 7 different languages in ALTphabet, and then share it on their Facebook and Twitter profiles, in order to raise public opinion awareness with a clear visual message. The platform was also developed by Saatchi & Saatchi Italy.

"For those involved in the communication market, these last few years have been a unique and unrepeatable period.  Each and every day we have the opportunity to discover new possibilities, which may in some cases substantially change our lives. While pressing and holding the ALT key on your computer keyboard, it is possible to write an alternative alphabet, which we decided to call ALTphabet, and that can be decrypted with a simple software. Above all, ALTphabet, could become a useful tool to fight censorship and a guarantee for the freedom of the press and freedom of expression”, said Giuseppe Caiazza, CEO of Saatchi & Saatchi Italy and Head of Automotive Business for Saatchi & Saatchi EMEA.

"Both the European Union and the media are at an historic turning point. The European Union is called to give coherent answers to its citizens not only regarding an economic point of view,  but also regarding the safeguard of their human and civil rights.  At the same time the media are called to shake off the false ideology of the "web" as the solution to all problems. ALTphabet is a powerful tool for raising awareness in our fight to have more informed citizens across Europe, the same Europe that we believe should be more democratic”, says Lorenzo Marsili Giovanni Melogli of Media Initiative.

Newspapers that have joined this initiative and have already published articles in ALTphabet include; the online edition of La Repubblica in Italy, Open Democracy in England, L'Humanité in France, the Journalist in Germany, Le Soir in Belgium, Der Standard in Austria, the Capital of Bulgaria, and Cyprus Community Media in Cyprus.  Readers found on their online newspaper an article written in ALTphabet , and an invitation to decode it with a redirect on www.altphabet.org.

It is possible to sign the ECI (European Citizens' Initiative) both on alphabet.org and on http://www.mediainitiative.eu/.