Awards and Events 240 Add to collection 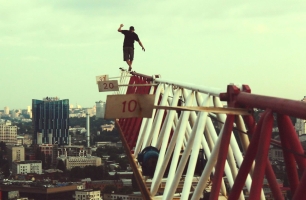 The legendary Saatchi & Saatchi New Directors’ Showcase (NDS), which has enchanted the audiences at Cannes Lions Festival of Creativity for 25 years, came to Milan for the second time for a screening of the 2015 Showreel on 15 July at The Space Odeon cinema.

Conceived in 1991 by Bob Isherwood, ex-Worldwide Creative Director of Saatchi & Saatchi, the NDS quickly gained a reputation for scouting the best directing talent from all corners of the world, and providing inspiration for anybody with an interest in creativity, communication and film.  Many of the directors who have been featured in past editions of the NDS have become world-renowned such as; Chris Cunningham, Jonathan Glazer, Michel Gondry, Spike Jones, David la Chapelle and Tarsem.

This year Saatchi & Saatchi Worldwide Creative Director Pablo Del Campo, and Worldwide Director Film & Content Andy Gulliman, selected and curated the NDS with a selection process across 122 offices of the network, and featured 14 of the best new international directors to represent the NDS class of 2015.

Giuseppe Caiazza – CEO of Saatchi & Saatchi Italy, France and Saatchi & Saatchi EMEA Head of Automotive Business commented:  “Quality e creative innovation represent the keys to achieving big results in business.  Having won 19 Lions at the Cannes Lions Festival of Creativity over the last 4 years, and continuing to grow the market of investments in advertising in a downturn, is the best demonstration.  We are happy to be able to present in Italy, again this year, the work of young talent from around the world, they will no longer be unknown, and certainly have great futures.”

Agostino Toscana, Executive Creative Director Saatchi & Saatchi Italy added: “At Cannes Lions where everyone uses celebrities to attract publicity to their event, Saatchi & Saatchi have presented unknown talents for the past 25 years, and we present the celebrities of the future.  To use talent as a unique criteria for selection is the principal characteristic of New Directors’ Showcase, and this year’s edition is a celebration of a quarter century of supporting promising talent.”

The New Directors’ Showcase Class of 2015;