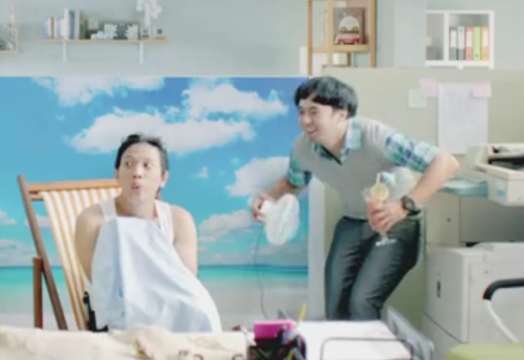 Saatchi & Saatchi Indonesia has created a series of funny TVCs to launch AirAsia’s new communications platform. The ads show people faking photos on their social media to try and come across as more interesting & well travelled.

It builds on AirAsia’s umbrella strategy, ‘Now everyone can fly’ and utilises the universal insight that people are using social media to pretend to be more interesting than they actually are.

Alex Tagaroulias, ECD at Saatchi & Saatchi, says: “Social media is starting to cause stress amongst its users. They’re posting things to make themselves look amazing even if they need to bend the truth to do so. We thought we’d tap into this cultural phenomenon. In a humorous way of course! ”

The series of quirky ads were directed by South African Bevan Cullinan and produced by FatBelly out of Jakarta.