Saatchi Fallon Tokyo Proves These Briefs Really Keep it All Together 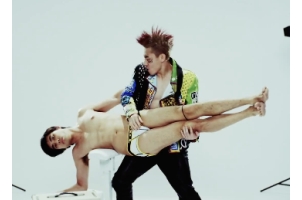 Saatchi & Saatchi Fallon Tokyo has just launched a campaign for TOOT, known for its line of premium men’s undergarments in a wide variety of fun & fashionable designs. However, TOOT goes a step further by designing briefs that, shall we say, help keep things in place. This is an advantage in comfort and in looks for men whether they are playing sports, dancing or just wanting to be as comfortable and appealing as they can be throughout their day.

To humorously demonstrate TOOT’s clever design, the agency created a video entitled Best Position Experiment in-which a model wearing TOOT briefs is subjected to all manner of over-the-top “tests” to measure just how well TOOT does “keep it all together”.  Supporting the video are transit station posters as well as a website replete with extra film clips as outrageous as the video itself.