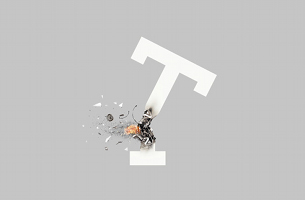 Saatchi & Saatchi Dubai has launched ‘Crash Text’, a campaign to highlight the dangers of texting and driving for KIA.

Once you start typing that first letter, you immediately start to lose concentration on driving.  One letter is all it takes.  The film shows letters of the alphabet being destroyed using images such as burning metal, cracked glass, splatters of blood and shards of exploding glass, seen close-up, in slow motion.

The campaign will run online and in cinema from 17th March.

Executive Creative Director of Saatchi & Saatchi in Dubai, Richard Copping, explained: “The abstract approach was deliberate in the hope that people who see it are left with the message that it’s not necessarily the act of driving that causes accidents but the habit of texting and driving.  I hope that when people see the film, they will learn from it”.

Sherif Fahim, Senior Marketing Manager KIA Motors Corporation EIT, Egypt explained the reason for the campaign: “Texting and driving is a big problem not just in Egypt but the world over.  Our message will hopefully make people think twice before they use their phone whilst driving.”

Egypt has the highest number of road accidents - per miles driven – in the world.  Sadly, 12,000 people a year lose their lives on Egyptian roads.