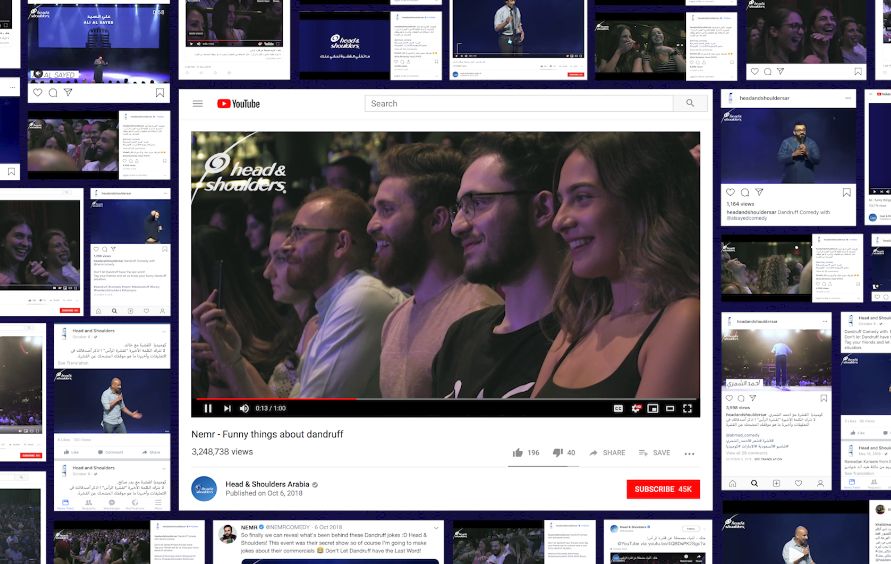 Since looks and image are everything in the Arab world and nobody talks about dandruff, Head & Shoulders teamed with Saatchi & Saatchi Dubai for a unique night of comedy (and a little bit of trickery) to get people talking.

'Funny Things Off the Top of My Head' is a live comedy show starring five of the Middle East’s biggest stand-up comedians such as Ali Al Sayed (UAE), Nemr Abou Nassar (Lebanon), Bader Saleh (KSA), Ahmad Al Shammari (Kuwait) and Khalid Mansour (Egypt) - all of whom have millions of fans around the region and have been featured in Comedy Central Arabia, Showtime, Esquire, Gulf News and Rolling Stone Middle East.

The sold-out event was held at MusicHall in Dubai, United Arab Emirates with over 2,000 comedy fans. Followed by a tour in Saudi Arabia.

The brand then launched 14 webisodes across social media, including via the comedians’ social channels. First totally unbranded. Then fully branded. So far, they have garnered over 19.4 million total views across YouTube, Instagram, Facebook and Twitter.

It was a huge success that it is planned to become a permanent yearly event.