Agency wins award for third year in a row 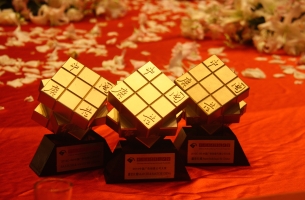 This recognition, following on the heels of accolades in 2012 and 2013, distinguishes Saatchi & Saatchi China as the first and only creative agency to win this award three times in a row.

China Advertising Magazine's “ China Agency of the Year Award" is widely recognized as one of the most prestigious agency awards and a benchmark for agency performance in China. Award winners are determined by panel of over 30 judges who give independent and objective evaluations of eligible agencies in terms of all-round annual performance, including new business development, creative work, innovation, reputation and contributions to advancing advertising in China. Winning this accolade for a third consecutive year is a true testament to Saatchi & Saatchi China's industry leadership across the region.

Michael Lee, CEO of Saatchi & Saatchi Greater China, claimed the award on behalf of the agency in Shanghai. "I am grateful to China Advertising Magazine and the panelists for their recognition of Saatchi & Saatchi's achievements," he said. "I'm exceedingly proud of the agency for pulling off the first hat-trick in the history of the China Advertising Creative Agency of the Year. I sincerely thank our clients for their long-standing support; they give us the drive to keep forging ahead and taking our creativity to new heights. I must also extend my deepest gratitude to each Saatchi & Saatchi team member, whose tireless hard work has made this moment possible. Moving forward, we will remain committed to producing brilliant creative work as well as advancing the development of advertising in China.”