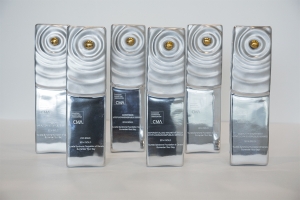 Saatchi & Saatchi Canada is rounding out the 2014 awards season with another series of big wins.

On Friday, December 5th Saatchi & Saatchi Canada won 6 gold medals at the 2014 CMA Awards, all for the Surrender Your Say Twitter Campaign for the Tourette Syndrome Foundation of Canada.

The campaign, which allowed people to give up their Twitter handles for 24 hours, so the TSFC could tweet random Tourette tics into their feeds, was an international success. In just three days, the campaign trended in 29 countries and generated over 250 million impressions.

‘It was a special night,’ says Executive Creative Director Brian Sheppard. ‘We were really gratified to see this campaign take the top prize in every category it was entered in. It’s a testament to a brave client getting behind a big idea, and an agency team who executed it flawlessly at every level.’