Fear of kissing, cheese & sitting? There are some weird phobias out there 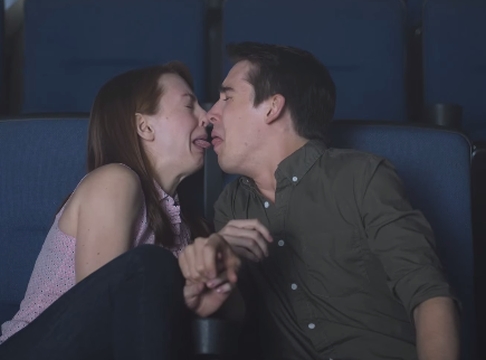 Afraid of cheese, kissing or sitting down? Highly unusual phobias which are examined in a funny new campaign from Saatchi & Saatchi Canada. It’s highly unlikely that you have ever met someone with a debilitating fear of processed cheese, but that’s about to change thanks to Saatchi & Saatchi Canada’s new advertising campaign for the After Dark Film Festival (TADFF 2014).

Featuring petrified moviegoers realizing uncommon phobias like the fear of cheese (turophobia), the fear of kissing (philemaphobia), and the fear of sitting (kathisophobia), they highlight the fact that we all fear something, and there’s a place to celebrate it.

The Toronto After Dark Film Festival one of the world’s leading showcase of new Horror, Sci-Fi, Action, and Cult Cinema. Each October, the critically acclaimed event screens over nine exciting nights in front of approximately 10,000 attendees.