Ryan Reynolds Returns to Demonstrate The Power Of BT Infinity 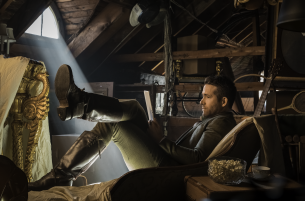 BT’s latest TV ad once again stars Hollywood action and comedy star Ryan Reynolds, as he takes the viewers “behind the scenes” – demonstrating the power of BT Infinity’s Wi-Fi signal.

In this new ad titled “Manor House”, viewers see Ryan in his “second home”, looking every bit the part dressed as a country gent in full tweeds. He shows off his BT Smart Hub, “The UK’s most powerful Wi-Fi*” and is seen in his British Manor House demonstrating how far his Wi-Fi reaches and how he can enjoy faster Wi-Fi in various rooms, stretching far and wide.

The advertising campaign will go live on Friday, April 21, and continues to parody the ad industry, giving viewers a humorous insight into the world of advertising. 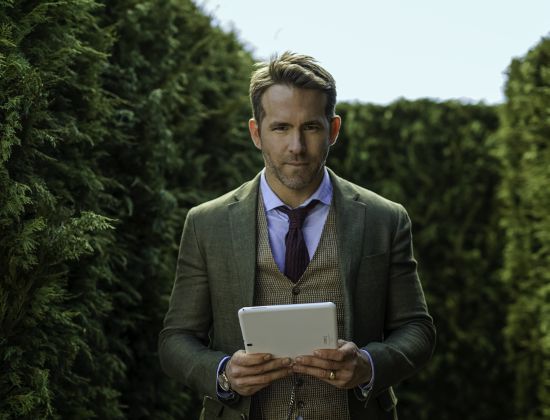 Ryan Reynolds said: “I am really excited to be working with BT again. In this latest Smart Hub ad, I keep my feet firmly on the ground in an ad with a unique comedic style as I play an archetypal country gent.”

This ad is a follow up to last year’s BT campaign, which saw Ryan Reynolds speeding through life with superfast BT Infinity and hanging from a helicopter to show off the strength of his Wi-Fi. The ads will be broadcast on TV, radio, outdoor advertising and on social media channels.

Dan Ramsay, BT Consumer marketing director, said: “Ryan was fantastic in our previous ads and they proved a huge hit with the public. We’re delighted he is part of our new campaign to demonstrate the power of BT Infinity.

“This is the third ad Ryan has made with BT and his improvisation whilst shooting added some additional unexpected humour to the ad. We’re really thrilled with this latest ad and hope viewers enjoy watching it.”