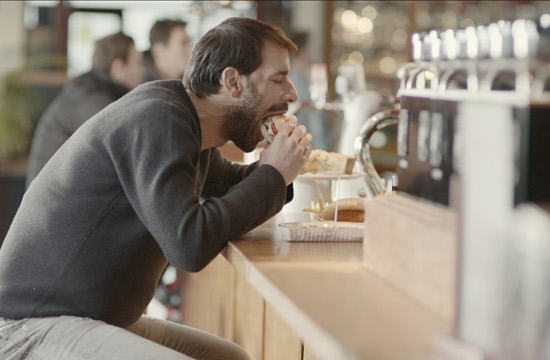 Ruud Van Nistelrooy begins his return to football in the first of a series of new films to promote the Xbox One FIFA 14 Ultimate Team Legends game mode.

For Ruud, a few years away from the game does show, but after a few weeks of hardcore training, the Dutch international gets his fitness back through gruelling workouts with his coach.

And he’s even had to give up his love of burgers and chips!

In the space of just a few weeks, we see the fourth highest goalscorer in UEFA go from fat to fit.

Created by Jam, the Xbox One FIFA 14 campaign “Play Like a Legend” rolls out across the UK, France, Germany and Spain to promote Van Nistelrooy’s status as an EA SPORTS™ FIFA Ultimate Team Legend.

In a world first, Xbox is giving gamers and aspiring football managers across Europe the chance to WIN Ruud Van Nistelrooy for their own Ultimate Team – signing a football legend in real life who will then join the winner’s virtual team.

Xbox gamers all over the world have access to 42 incredible FIFA Ultimate Team Legends in FIFA 14. Gamers are able to buy and sell players on a virtual market, but with Play Like A Legend, EA SPORTS™ is offering them the chance to sign Ruud van Nistelrooy. Players can enter the competition at www.PlayLikeALegend.com.