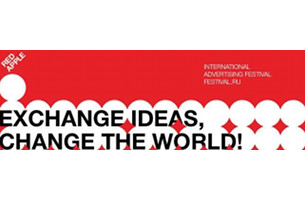 Red Apple, the biggest international advertising festival in Russia and East Europe, is now open for entries. It is set to take place on December 10th-11th.

Red Apple is its 25th year and will be headed by a jury of prestigious international award-winners from across different regions. This year’s jury president is Leo Burnett Middle East and North Africa Chief Creative Officer Bechara Mouzannar. He handles 11 offices in 10 countries.

Apart from the usual categories including Advertising Campaigns, Indoor Advertising, Print Advertising, and Outdoor Advertising, TV and Film has been expanded to include Fashion Film which involves commercial, art-house cinema and fashion shooting for a magazine. Another sub-category addition is Media and Entertainment.

The festival is also giving out a set of new special awards including Independent Agency of the Year, Media Person of the Year, Best Production and For the Good–to be awarded to works done for charity and non-profit.