Running at the Speed of Light with ASICS

Behind the Work 377 Add to collection 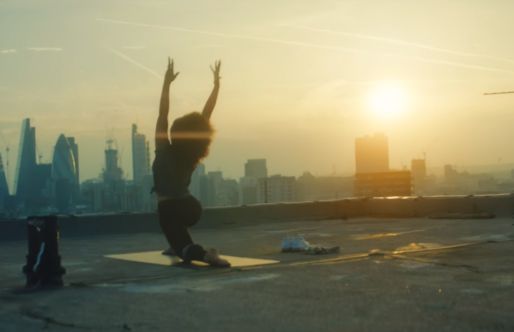 ASICS and PR agency Edelman hope to put the fun into fitness and get Londoners running in their new campaign I Move London. The campaign coincides with the IAAF World Championships in London – and alongside a big hero film and above-the-line communication, they’re also heading out into the streets to get people moving.

The film, created with UNIT9, taps into a wider global rebrand as ASICS embraces a new ‘I Move Me’ tagline and philosophy.

This week, at a suitably urban location, the graffiti-d up tunnels below Waterloo Station, the brand unveiled a dazzling light installation designed to encourage people to swap their commute for a run. ‘Run the Tube’ combines light and sound to give runners a colourful boost.  The launch event was attended by spokesman Seb Coe, the IAAF President and Olympic gold medallist, as well as a host of athletes, fitspo influencers and members of the press.

And it will be touring London in the coming days – at the weekend it will head to the Queen Elizabeth Olympic Park, where sports fans will be gathering to watch the athletics World Championships.

But changing behaviour is tough, especially when it comes to exercise. That’s why LBB’s Laura Swinton caught up with the Prashant Yadave Strategic Planning Director at Edelman to dig deeper into the insights that have driven this movement that’s all about… well… movement.

LBB> What was the brief from ASICS for the I Move London campaign?

Prashant> The brief for I Move London was a coming together of two things: 1) ASICS going through its first significant brand repositioning which was focused on taking the company back to its founding principles anima sana in corpore sano (acronym: ASICS) – a sound mind in a sound body; and 2) the fact that they were sponsoring the IAAF World Championships taking place at the moment. They wanted to create a campaign that ‘reset’ the ASICS brand whilst launching their new tagline (I Move Me) as well as creating awareness and excitement about their sponsorship of the IAAF.

For a long time, ASICS has been widely known as one of, if not the, leading brand in running, but the hope for the future is that they can start to build a wider base of supporters and fans across sports, yes, but also people who enjoy going to the gym and staying healthy – what they call Fitness Explorers. We felt confident that we could credibly do this for ASICS because their roots are based on getting entire communities and nations moving – not just the sporting elite.

LBB> What were the key insights and trends that inspired the creative idea?

Prashant> ‘A sound mind in a sound body’ is all about ASICS’ belief that sport and, more widely, moving, not only has a positive physical benefit but also a psychological one. The issue of mental health is a huge one globally. When looking into trends into the rising cases in people feeling anxiety, suffering from mental health illnesses and studies showing that things like social media are distorting people’s perception of health, beauty and their own self-esteem, we felt as if ASICS’ pivot back to its founding principles were as relevant today as they were back when the company started in 1949. We knew that if ASICS wanted to cut through to a new audience and actually act on its brand belief / purpose, it needed to show people how they can achieve a sound mind and sound body.

So, with the trends around mental health, people feeling as if they are powerless to the things going on around them (2016 being seen as a terrible year, Trump, Brexit etc.) we needed to find a way of delivering our positive message in a way that made it easy and accessible for as many people as possible to move, run, exercise and do some form of physical activity. That’s where we identified replacing the London commute (a very common pain point in people’s day) with a run or some form or physical activity to get as many people as possible moving during the time ASICS was in town for the IAAF Championships.

Once we identified the commute we knew we had to develop some fresh new insights and IP in order to prove our hypothesis – that people identify the commute as a moment of stress in their lives; that they want to be more active but find it difficult to find the time and, more importantly, learning if people actually believe that when they exercise they lift their mood and feel better for it. That’s when we worked with our research partners, Edelman Intelligence.

The campaign is rich with insights from our own desk research, primary research we commissioned and data and insights from our partners Spotify and Runkeeper to ensure that we are creating content that helps people be more active and inspired by our campaign.

LBB> What does the long-term strategy for ASICS look like?

Prashant> The I Move London campaign has yet to finish but we’re already talking with the ASICS team globally about how we can take the insights, learnings and format of I Move London and take it out to cities all over the globe in the run up to the Tokyo 2020 Olympics – where ASICS are title sponsors. Our belief is that if ASICS can lift the mood of one person, then why not an entire city, country or entire globe?