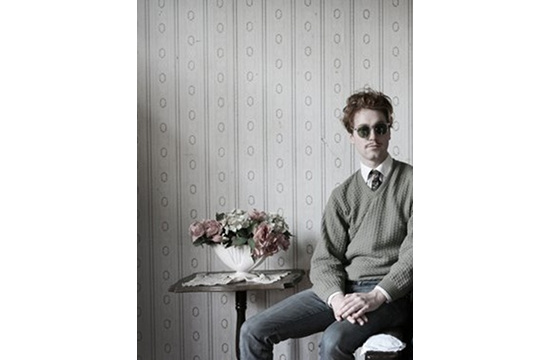 Bush recently completed the ABC's #7 Days Later - an interactive show created in seven days by the audience. The superfast turnaround left the composer about seven hours to score each episode with content ranging from an alien love triangle involving Corey Feldman to Zombie equality on panel show Q&A.

One of the ASCAP’s Composers to watch 2013, his piece was recently conducted by eminent TV composer, Mark Snow (X Files, Smallville) during the New York-based film scoring workshop.

Rumble partner Tone Aston said the studio quickly grew to requiring an additional composer and the search had been extensive.

“We knew Joff was perfect for Rumble,” Aston said. “He brings a great energy to the studios. He is deeply creative and intuitive in his filmic composition and has a distinctive style of storytelling.”

Returning to earth after five nights performing his folky mix of old world, good time, piano club music at the Woodford Folk Festival, Bush works with a virtual wall of sound using anything from top shelf orchestral sounds to lo-fi pop recorded in his bedroom on an iPhone, and most of the in between.

The Queensland Conservatorium and AFTRS graduate’s work is vast in repertoire yet reflective of the deeply collaborative, creative projects he seeks.

His commercial portfolio includes TVC campaigns for Cascade, Microsoft, Converse Shoes, Vogue, Droga 5 and The Hive amongst others.

He has scored for television productions such as The Maestros (SBS), #7 Days Later (ABC) and Strange Calls (ABC) and interactive projects for Queensland Health, Katakana, and Cascade.

His live work includes installations such as Buskers Suite (Brisbane City Council), When It Rises (Arts Queensland) and Radio With Pictures (Graphic Festival) and theatre work with The Queensland Theatre Company and Vena Cava.