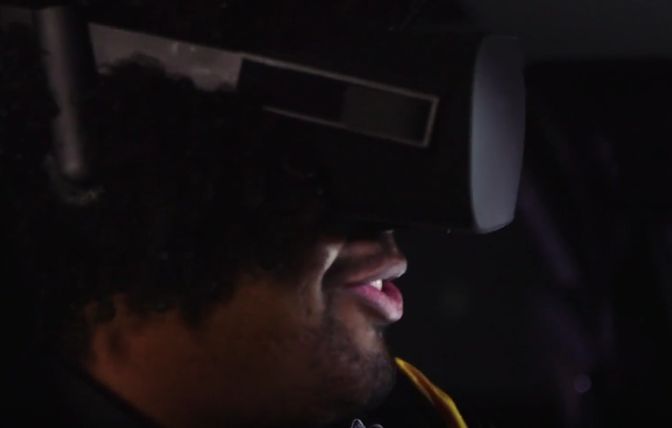 Aviva has enlisted the support of three Wasps Premiership Rugby players to highlight the dangers of using mobile phones while driving.

Wasps rugby trio Ashley Johnson, Jimmy Gopperth and Joe Simpson were put through a virtual reality experience by Aviva, sponsors of Premiership Rugby, while sitting behind the wheel of a stationary car to highlight the potential consequences of interacting with mobile phones, as part of its #DriveSafer campaign.

Aviva has calculated that a driver looking at their phone for five seconds while moving at 45 mph will have travelled the length of a rugby pitch - 100m - while distracted.

The drivers were asked to wear special virtual reality goggles for the exercise, during which text messages flashed up in front of them to replicate distractions they may see if they were driving while looking at their phones. At the same time, unexpected hazards appeared on the ‘roads’ in front of them, including a darting deer, a fallen tree and a broken-down motorist, with the culmination being a traumatic high-speed crash.

Aviva worked with sports marketing agency Synergy, along with Zone and its in-house digital team to create the video.

Pete Markey, Brand and Marketing Comms Director for Aviva says: “This exercise proved a great way to show that no matter how good a driver you are, anyone can get caught out if they don’t keep their eyes on the road. There are hazards everywhere and if a driver takes their eyes off the road for even a second, the results can be catastrophic.

“There’s no excuse for using your phone while driving. That text or call can wait until you reach your destination or find a safe place to stop. Aviva is on a mission to help make Britain’s roads safer and we hope that this latest film brings home the message of just how important this is.”

Motorists are being invited download the Aviva Drive app to see how safe their driving is. Safer drivers save an average of £170 by downloading and using the free Aviva Drive app.