Rubio's Launches 'To The Ocean' Campaign 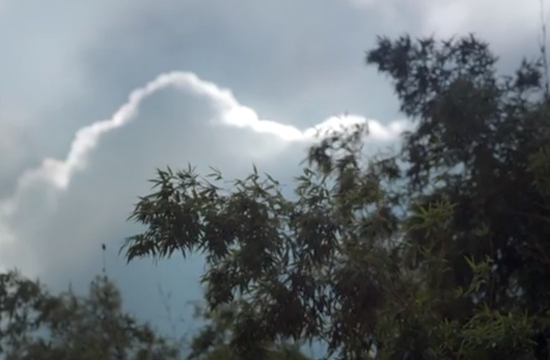 San Diego-based restaurant chain Rubio’s® launches a new ad campaign dedicated to one of the planet’s most cherished natural resources, the ocean.  Appropriately entitled, ‘To The Ocean,’ the integrated campaign celebrates not only the bounty of the ocean, but also reflects Rubio’s dedication to supporting ocean health 365 days a year.  Rubio’s menu has undergone a culinary renaissance over the last 18 months, showcasing new coastal cuisine dishes featuring fresh ingredients and grilled seafood representative of Rubio’s commitment to sourcing sustainable seafood whenever possible.

The centrepiece of the ‘To The Ocean’ campaign is a beautiful 60-second TV commercial dedicated to the ocean. The spot is unique for the food industry in its pure, non-commercial and direct homage to one of our most important natural resources.

“At Rubio’s, we’ve counted the ocean as a source of inspiration for the last 30 years. Our ‘To The Ocean’ campaign represents this, as well as our culinary progression as a brand,” said Ralph Rubio, co-founder of Rubio’s.  “Over the past 18 months, we have worked to create dishes that combine sustainably sourced seafood with globally influenced flavours, resulting in a new type of coastal cuisine unique to the fast casual industry.”

Pete Harvey, creative director, barrettSF, said, “Rubio's is more than a chain of restaurants, it's a brand with a soul. They have a deep relationship with the ocean, and always have. We just tried to capture that relationship in the purest way possible."

Rubio’s has grown to nearly 200 restaurants across the West Coast, having originally gained fame for popularising the fish taco in the U.S. in 1983.  Rubio’s employs nearly 4,000 people and is headquartered in Carlsbad, Calif.  In addition to promoting sustainable seafood, Rubio’s is an active participant in World Oceans Day, an annual event dedicated to celebrating and educating the public on the protection of the world’s oceans.