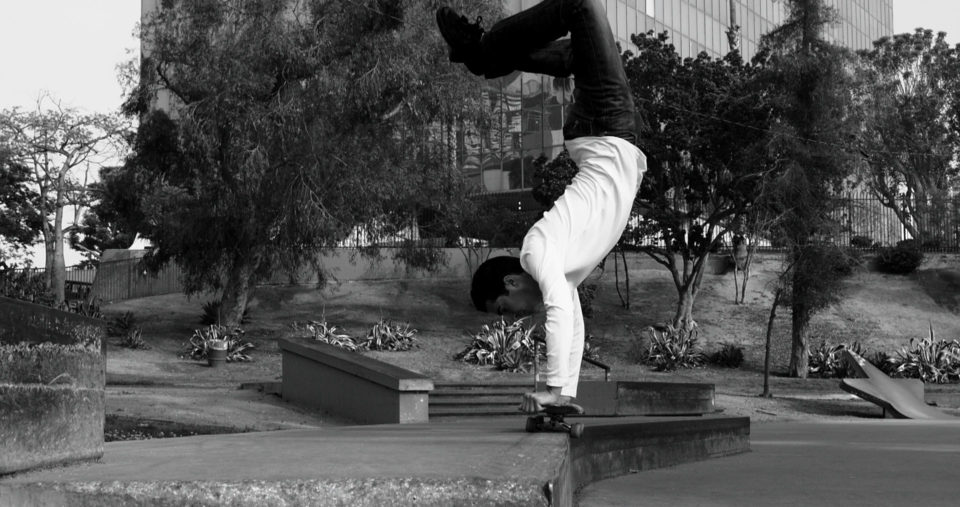 Set to an original score from producer and vocalist Crywolf, Foraker follows Marco as he details his life in skating; the crashes, the criticisms, the repetition, and never giving up on something that he loves.

Marco possesses a Rodney Mullen-esque vision for street skating. And is truly breathtaking to watch.

“Every morning in LA there is was a pickup basketball game at my local park. The faces changed but there was one fixture–off to the side, on an unused court, a young man practiced acrobatics on his skateboard. Two things struck me: his dedication to his craft and the sheer beauty of what he was doing. I introduced myself. He said his name was Freestyle Marco. I asked if I could take a few stills, he said okay. More than anything I wanted to know what motivated him. He had an almost Zen-like concentration. One day, one of my fellow players said: ‘You know, somebody should really film that kid.’ It turned out that my teammate was Daniel Pearl a well-known cinematographer. From there, we decided to do just that. So we got some friends together and followed Marco around for a bit. We asked him questions and took him to some of our favourite LA spots. This is the piece we made–it’s a sort of skate film I guess, but one that’s not really about skating. It’s called This is Marco.” Brett Foraker.

Uprising: The Excitement of Trail-Blazing Opportunities with Isabel Sandoval

Where Do The Children Play