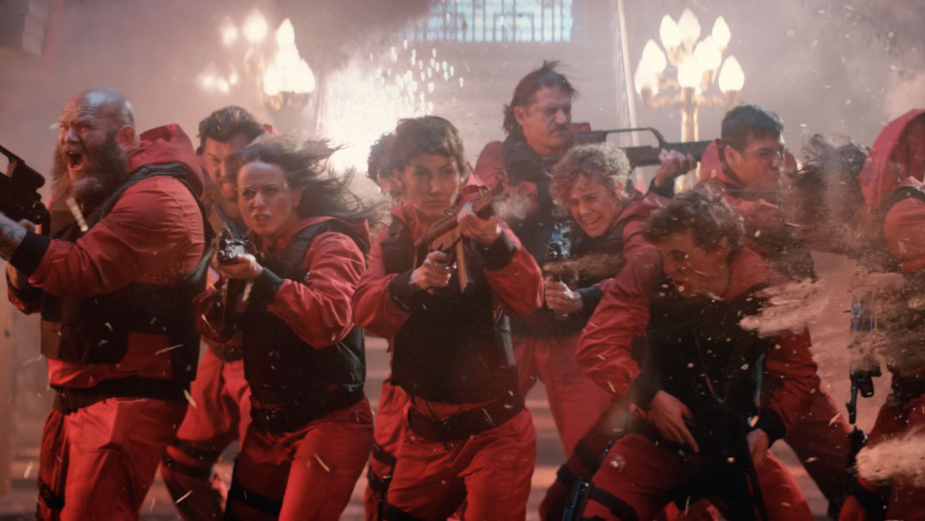 The meteoric rise of La Casa de Papel (Money Heist) has resulted in the show being one of the most-watched non-English titles on Netflix. To celebrate the anticipated climax, Netflix turned to RSA to create an announcement teaser for Part five.

A creative partnership between RSA and Netflix, the project showcases the production excellence of the RSA Amsterdam team when collaborating directly with clients to develop creative.

"Stepping onto the set of Money Heist had as much possibility as it did responsibility. You're dealing with one of the most loved shows, and the expectations are huge. Working with Netflix and Mamma Team gave RSA the opportunity to explore what was possible whilst keeping with the core values of the show. The number of years and close relationship the cast and the production departments have made it an absolute pleasure to work with, the energy and flow couldn’t be more positive amidst such complex shooting involving scenes with live SFX and a phantom rolling.” John Filipe.