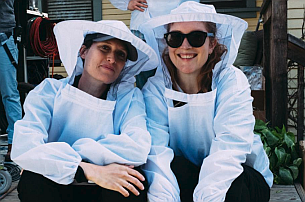 Globally acclaimed production company RSA Films, honored most recently in AdAge’s Production Company A-list, welcomes filmmaker Sophie Edelstein for commercial representation in the U.S. and U.K. Edelstein has directed high-profile fashion films for Smythson ft. Phoebe Tonkin, Elizabeth Arden ft. Reese Witherspoon, Gucci ft. Clara Paget, Vogue ft. Cara Delevingne, Westfield ft. Dame Edna, Charlotte Olympia and many others.  Also an accomplished writer and magazine editor, she combines strong storytelling with an artful visual style and performances that resonate with elements of actors’ true personalities driving the narrative.
“Sophie is an amazing storyteller who brings a very entertaining perspective to all her work,” says Jules Daly, President, RSA Films. “A true cinephile, her strengths as a filmmaker shine in the fashion genre, not only with beautiful visuals, sets and styling, but also fun and memorable stories. We know she’ll continue to thrive in the U.K. and Europe, and carve a niche for herself quickly in the states.”
Edelstein gravitated toward RSA’s supportive leadership and reputation. She says, “RSA always works at the highest level. I wanted the opportunity to try new things, and do bigger and better jobs. I also like the idea of talking to a new market with the U.S.”
Edelstein was born in Melbourne, Australia, and went on to attend Oxford in London, the city she calls home today. She began her career as an intern at Vogue where she pursued her first love, writing. It was Quentin Tarantino’s Pulp Fiction that made her want to work in film. “My mother snuck me in when I was very little and I didn’t blink the whole time. That energy is something I’m always searching for in film, that study of the human condition with a roaring plot.”
Today Edelstein counts novelist Siri Husveldt (What I Loved) and writer and quintessential New Yorker Fran Lebowitz among her inspirations. She has evolving favorites of filmmakers she’s wild about; among them, Martin Scorsese and Wong Kar Wai, perennial favorites Jean Luc Goddard and Francois Truffaut, and Woody Allen for his very distinctive take on nostalgia.
Her short film for Charlotte Olympia, 2017’s An Accessory to Murder, which she also wrote, spun out of the client and their mutual stylist, Valentine fillol cordier’s love for film noir. Edelstein’s own passion for the mid-century genre and her quick comedic wit translated perfectly to the screen for Charlotte Olympia’s dark stylish fashion film that’s ultimately quite funny for its murder mystery plot evolving around a gorgeous pair of shoes. An Accessory to Murder premiered to rave reviews last year at the Curzon cinema in Mayfair at London Fashion Week.
Edelstein has a flirtatious relationship with another classic genre, surrealism, in her fashion short for Smythson, Journey to the Wild Side, which she also creative directed. It celebrates the enchantment of travel, following Phoebe Tonkin’s inquisitive tourist who comes to London to visit Buckingham Palace. The narrative alternates between reality and a dream-like state, with Tonkin’s dreams filled with wild experiences and encounters as she searches for Buckingham Palace.
Edelstein is also active in long-form, and is currently developing a feature film and TV show. She recently wrapped a spot for Amazon, with Academy Award-nominated cinematographer Rachel Morrison.
view more - Creative 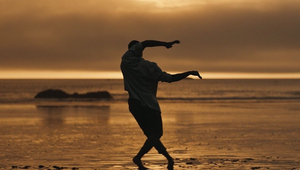