Ridley Scott Creative Group’s RSA Films is pleased to announce acclaimed filmmaker Peter Atencio has joined the company for commercial representation. His work directing and producing the hit sketch comedy show “Key & Peele” landed him in the cultural zeitgeist and earned him an EMMY Award for Outstanding Variety Sketch Series along with multiple other EMMY nominations, a Peabody Award and an American Comedy Award. He’s also met success directing and producing the TV drama “Whiskey Cavalier” this year for Warner Bros. and ABC. As a commercial director, Atencio is known for Pepsi Max’s popular viral campaign “Test Drive” for Davie Brown Entertainment/The Marketing Arm, which features Jeff Gordon pulling pranks in disguise. Work from that campaign was honored with Clios, a One Show Pencil and an AICP award. Other commercial directing highlights are spots for Xfinity, Mountain Dew (Call of Duty: Black Ops 3), Taco Bell, Twitter and Honda, to note just a few.

Atencio also directed and produced Scott Free’s highly praised “Jean-Claude Van Johnson,” the original series for Amazon Studios that is a genre-busting, tongue-in-cheek portrayal of Jean-Claude Van Damme’s life in the spotlight. And he has directed feature films such as Keanu, an action comedy for Warner Bros. starring Keegan-Michael Key and Jordan Peele that evolves around an adorable gangsta kitten.
“Peter is a natural narrative storyteller and has a sixth sense about comedy, whether its improv or scripted,” comments David Mitchell, Managing Director, RSA Films. “That’s complemented by his in-depth technical knowledge of filmmaking and producing. He can direct huge stunt pieces or massive special effects with the same expertise as he can two people on a simple white psych being funny. He’s a great addition to the roster and a versatile resource for our advertising clients.”
“I grew up as a fan of not just Ridley and Tony’s feature film work, but also their incredible advertising work,” Atencio comments. “They almost single-handedly made commercials cooler, funnier and more visually impressive. That legacy - that advertising was something that could be as equally culturally defining as feature films - continues today. I want to follow that same set of guidelines: How do we make advertising cool, funny, engaging and impressive?”
Among today’s upper echelon of comedic storytellers, Atencio directed all 55 episodes of “Key & Peele,” which Rotten Tomatoes praised for its “effortless ability to balance absurdity with thoughtful social commentary” and called an “endlessly inventive sketch series” at the end of its five-season run in 2015. He learned a lot from the experience and continues to draw from it. “The most important takeaway was harnessing the right energy on set to allow the comedy to happen organically,” he relates. “As someone who is meticulous about planning and prep, it was very eye-opening to be a part of a show where we often threw out the script in favor of something much funnier we’d find on set. I try to incorporate that flexibility into what I do now. I’m still meticulous, but filmmaking is an organic process, and it’s best to embrace that - particularly when it comes to comedy.”
Atencio also enjoys commercial projects where he gets to do things film and TV work would not normally allow. He points to Tomcat “Trebuchet” (Barton F. Graf), a “stunt” for Tomcat deer repellant which trebuchets a variety of artificial forest animals straight up into the air and out of a garden, as one example, while his Pepsi Max “Test Drive 2” spot - with Jeff Gordon pranking auto journalist Travis Okulski - is another. “That ‘Test Drive 2’ spot is probably the most memorable experience for me, because it’s not often that a multinational corporation gives you the go-ahead to plan and execute a kidnapping and high-speed car chase with a NASCAR champion driver who’s in disguise as an ex-con.”
His experience working at a high level in both advertising and entertainment enables Atencio to offer brands and agencies the best of both worlds. “I pride myself on having a distinct vision, but being easy to collaborate with,” he says. “That means having great communication throughout the whole process, so that no one is surprised by what’s happening. On set, I prefer a relaxed and jovial atmosphere, as I find that it usually results in better performances and stronger results. When a spot is intended to be funny, I’m always happy to help pitch jokes throughout the process, and I tend to incorporate a fair amount of improv into my plan for the shooting day. There’s nothing better than going in with a tight idea and a strong script, and then making it even funnier with some experimentation on the day. Even the best comedy writing in the world gets stronger when it lives and breathes inside the world we’ve created on set.”
Atencio is repped for television and film projects by UTA and managed by Peter Principato at Artists First.
view more - Hires, Wins & Business 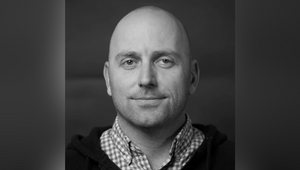