The first project out of RSA VR is for Alien: Covenant in partnership with Twentieth Century Fox’s FoxNext and MPC 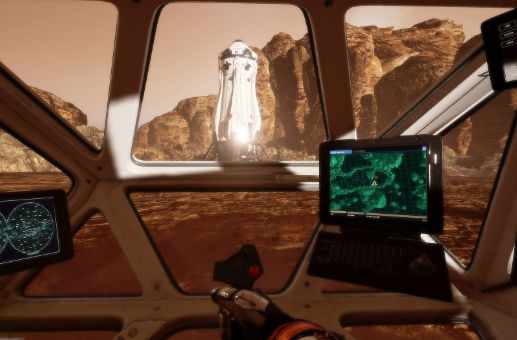 RSA Films has launched RSA VR, a new division dedicated exclusively to the creative development and production of VR, AR and mixed media. RSA has long been a champion of creative technology, led by co-founder Ridley Scott whose prolific body of work consistently uses the latest tools of filmmaking in innovative and creative ways. Head of RSA VR will be Jen Dennis, who has collaborated with Scott to lead RSA’s VR practice to date, most notably co-executive producing The Martian VR Experience, the multi award-winning companion piece to critically acclaimed hit film, The Martian. The first project out of RSA VR is for Scott’s Alien: Covenant, in partnership with Twentieth Century Fox’s FoxNext and Technicolor’s MPC.

“We have been heavily involved in VR for the past few years, and having a dedicated stand-alone division underscores our commitment to immersive media in both the brand and entertainment space,” said Jules Daly, President, RSA Films. “In addition to being one of the most well regarded producers in commercials and content, Jen Dennis brings hands-on experience developing and producing VR and is among the foremost influencers in the space. Ridley has a long lineage as a pioneer in creative technology, and RSA’s roster includes incredibly talented directors who understand the unique language of VR. We are pleased to offer this formidable resource to our clients.”

“RSA has been a great partner with Fox and a pioneer in virtual reality,” said Salil Mehta, President, FoxNext. “We are excited to continue our successful collaboration with Ridley, Jules and Jen that started with “The Martian VR Experience” and continues with our upcoming VR experience for Alien: Covenant.”

“I am thrilled to head up our VR division,” said Jen Dennis, Head of RSA VR. “I think VR is one of the most exciting areas in the industry today, with potential to influence how we consume content for generations to come. I enjoy everything from assembling teams and forging partnerships to create, distribute and market VR content, to having an ongoing informative - and often inspirational dialogue - with colleagues in the space. I consider us in a unique position to undertake this with RSA’s talented roster of directors.”