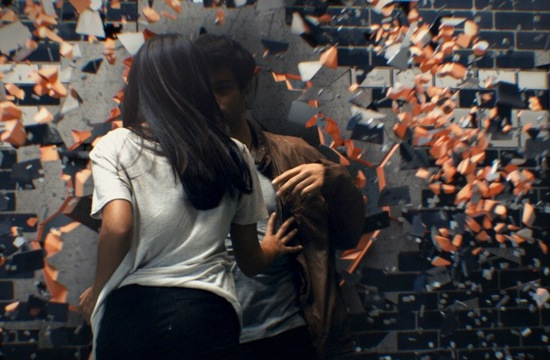 Cinematic vignettes of young love, music jams and extreme sports comprise the package of five unique IDs. The passion and vigor of a deep kiss, the strum of a guitar, the crash of a cymbal and more ignite each moment into an awesome spectacle of explosions.

To see the IDs and behind-the-scenes video, please visit: http://weareroyale.com/#/work/library/mtv_pulse

"A big part of the MTV legacy has always been its artful station IDs, so it’s exciting to contribute to its lineage of iconic visual art,” says Jayson Whitmore, Royale Partner/Executive Creative Director. “While the network has evolved from its music video roots of the ‘80s, music still plays an integral role in defining the network's culture and identity. With these IDs, we set out to create something that captured the invigorating spirit of rock & roll in a groundbreaking, compelling way."

The client cited the Oscar-winning VFX film "Inception" as the inspiration behind the “Pulse” IDs’ visual concept. Royale directed the live-action sequences on greenscreen, precisely choreographing each shot with photographic reference of the backplates the talent would be placed in.

"Our CG environments were built using these photographic references, so it was important for the talent to feel like they were being lit by the same source,” explains Brien Holman, Royale Partner/Executive Creative Director.

Royale's award-winning team of 3D animators and designers created detailed photo-real CG environments of a warehouse, skate park, bedroom, bathroom and garage. Each element within the environments had to be modeled and textured to explode into thousands of colorfully designed pieces. The end result is a fantastic pulse of rock energy that shatters the world around the talent.

"We wanted these films to exhibit an artistic, edgy design quality, so for the explosions, the debris shifts between looking photo-real and stylized,” explains Holman. “The challenge was creating cohesion between the two aesthetics. This project offered us a great opportunity to combine our VFX, live-action and design skills. We worked really well with MTV France to realize their creative vision and communicate the MTV brand and programming in a clear, conceptual way that embodies the diverse elements of rock & roll culture."