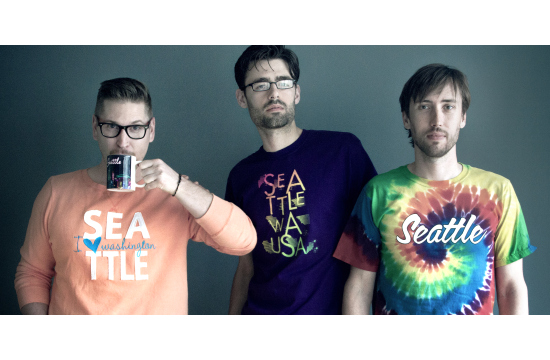 “Chris, Beck and Loren are extremely well-versed in the digital and traditional broadcast spaces, with a proven track record for developing innovative content for the world’s largest brands,” says Brien Holman, Royale Partner/Executive Creative Director. “Their experience shores up our existing capabilities, and also extends our reach into new territories.”

“This was a really easy decision for us,” adds Volckmann. “From our very first conversations, it was clear that we’re all very aligned about where we want to go and how we’re going to get there. Embracing digital and expanding capabilities is a natural evolution of what Royale has done so well for many years – which is create exciting and effective design-driven experiences.”

As Executive Producer, Volckmann will oversee production and sales strategy for both offices across all digital and traditional initiatives. Most recently, he was Executive Producer of Superfad’s Seattle office, where he played an instrumental role in numerous projects, including the Sony “Make.Believe” film series, the “Supermodeled” iOS app for Lexus & Team One, the FWA Award-winning “Sandwich Cannon” iOS app for Jimmy Johns & Evolution Bureau, a digital Super Bowl extension for Cars.com, as well as award-winning campaigns for Sprint and Nike.
Henderer-Peña will spearhead digital production at Royale, as well as internal and external strategies related to growing the company’s capabilities. He most recently held the same position at Superfad in Seattle. Notable work includes the just-launched Coke “Ahh” mobile web campaign via Wieden + Kennedy, the “Call of Duty: Black Ops 2” web takeover through 72andSunny, and web films and TV campaigns for Toyota with Saatchi & Saatchi.

Senior Art Director Loren Judah brings his traditional filmmaking background to bridge the gap between cinematic storytelling and the interactive experience. As a freelancer, he worked with companies such as Razorfish and Paranoid US, before joining Superfad Seattle as an Art Director in 2009. There, he was the driving creative force on projects such as the Lexus “Supermodeled” iOS app, and campaigns for Sony, Nike, NFL on FOX, and Netflix. Earlier in his career, Judah was a compositor at Bent Image Lab, where he worked on stop-motion, live-action, and CG commercial projects.