Leo Burnett Chicago highlight's the cost of raising a child 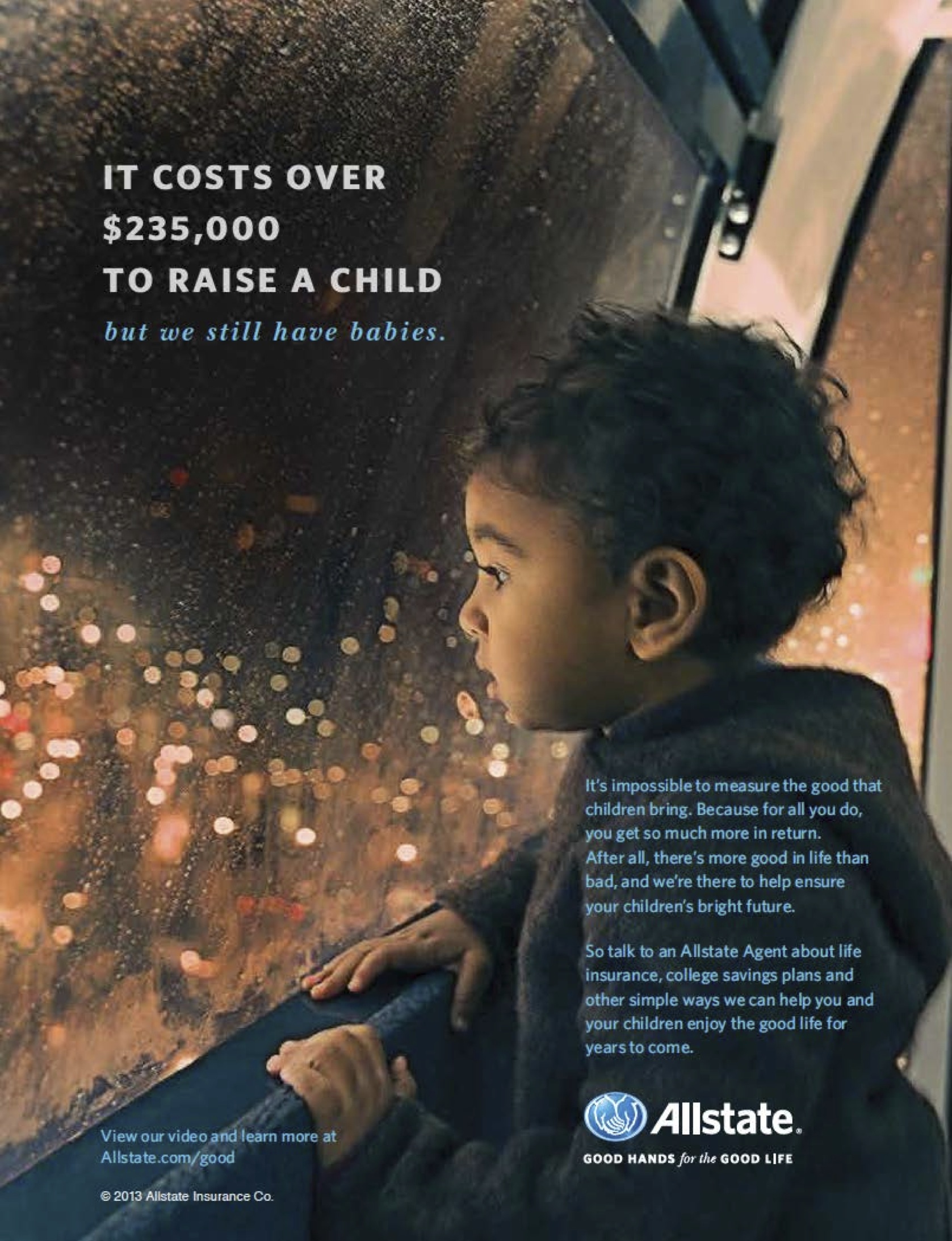 Allstate reports it costs more than $235,000 to raise a child. Safe to say, it’s probably a little more if your child is considered royalty (we're looking at you, His Royal Highness Prince George of Cambridge).

While “Babies” reminds us that Allstate is not only there when "Mayhem" comes (but for happy times, too) - Leo Burnett's swift and on-brand response to the birth is an example of marketing at its most regal.