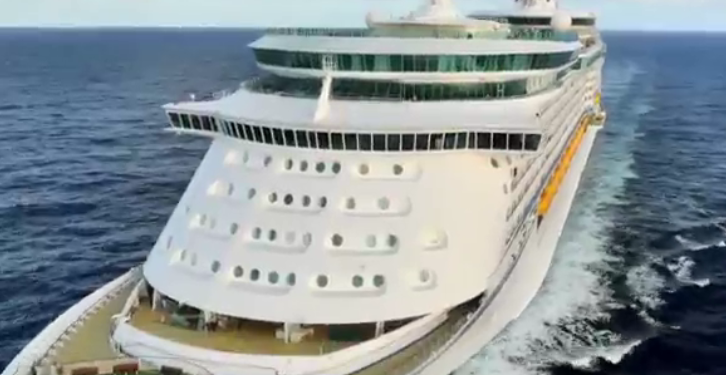 Fresh from her multi-million dollar makeover, Voyager of the Seas celebrated her arrival in Sydney Harbour for the cruising season. To reward loyal fans, Royal Caribbean hosted an exclusive party, the world’s first Facebook party at sea.

It was an opportunity to enjoy an overnight cruise for 50 fans and their friends and also be one of the first to experience Australia’s biggest mega-liner, Voyager of the Seas.

The ship's arrival implemented the Hulsbosch promotional concept, which was developed from extensive media planning for social channels, and created an event that had abilities to attract broader media appeal.

The Hulsbosch team developed all creative assets and coordinated event logistics and production. In addition Hulsbosch managed talent negotiations and contracts for the event.

Fans won a spot as a Royal Party-goer by voting for their favourite party track. Thousands of fans answered the call and 50 were selected to ‘Rock and Royal’. On the big day, 100 Facebook fans along with a mixture of 1000 Trade and Media guests boarded at Sydney’s Overseas Passenger Terminal to enjoy the numerous activities on board.

The VIP guests embraced ‘It’s Time To Rock and Royal’ and social media lit up announcing that this was a party of the year. Cleo magazine was one of many updates on the night, with a tweet ‘We’re on a boat! Checking out the amazzzzing Voyager of the Seas. Not a bad view!”


As the sun set, Royal Caribbean International revealed its special guests. A live performance by Australian music sensation, Nathaniel (2014 ARIA nominee) with a support act by X Factor runner up Reigan Derry. To kick-start the party, Nathaniel took to the stage to sing No.1 voted party track by fans. (‘Happy’ by Pharrell Williams)

The night consisted of fireworks overlooking Sydney Harbour followed by a Dreamworks Parade and a Tropical Street Party along the Royal Promenade.

A video wrap of the event was shared through social and digital channels the same week, as well as through travel and entertainment media blogs, to create hype around the event and drive awareness with new to cruisers. A resultant 217,451 total video views on Facebook and YouTube culminated in substantial results for the party at sea promotion.

Created by Hulsbosch, the first phase of the wide-ranging campaign launched in October 2014 and continues to the end of March 2015.