Firstborn creates Expedition Two70, which invites guests to enter the ship's entertainment room at any time 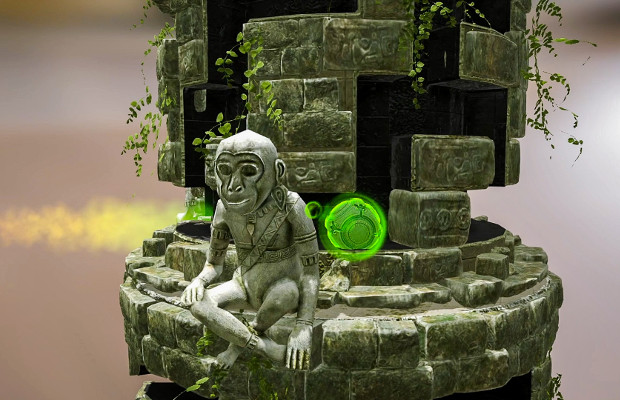 While Royal Caribbean whisks guests away to over 300 destinations worldwide, its latest adventure doesn’t exist on any map. Royal Caribbean worked with design and technology agency, Firstborn, to create the first-ever fully immersive AR experience built to function while on the high seas. Coined Expedition Two70, named after the iconic Two70 entertainment venue aboard Royal Caribbean’s Quantum Class ships, the AR experience is currently making its debut on the brand’s newest ship – Spectrum – which cruises to the far East with stops in Hong Kong, Shanghai and Japan.
This first at-sea room-scale augmented reality experience invites guests to enter the ship’s Two70 entertainment room at any time, where they open the Royal Caribbean app to be immediately transported into an immersive world of adventure through four action-packed challenges (Ruin Blaster, Temple Raiser, Summit of Light, Totem Recall). The AR experience combines the full architecture of the room with 360 degrees of play to transform the venue into a lost land worthy of an epic quest for the most curious explorers.
The technology of Expedition Two70 itself sets a new standard in at-sea AR adventure.
Traditional AR methods were designed for stable ground, not a floating ship. As a result, the added motion of the sea led to experiences that wouldn’t stay put. So Firstborn built the technology behind Expedition Two70 using AR anchors to produce enough stability for a completely immersive experience. Static game mechanics were replaced with physical movements that pulled guests deeper into the adventure. And every last detail was meticulously rendered to create a world in which guests can lose themselves.
With these engineering innovations in place, Firstborn’s game developers were free to push the limits of augmented reality to function flawlessly at sea.
Expedition Two70 is currently available to all Spectrum voyagers free of charge and lives within the Royal Caribbean app. Guests are prompted to download the Royal Caribbean app once aboard the ship to access ship info, deck maps, activity schedules, and of course…expedition Two70.
view more - Creative