Awards and Events 397 Add to collection

Following judging at the LIAs, ECD Alan Kelly to judge for the One Show in New York in May 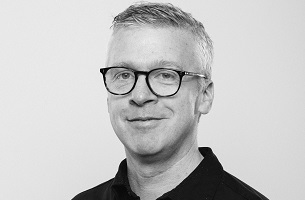 Alan Kelly, Executive Creative Director at ROTHCO, has been announced as a member of the Mobile Jury at global advertising awards show, the One Show.

The One Club for Creativity (recently formed by the merging of The One Club and the Art Directors Club (ADC)) is the world's foremost non-profit organisation recognising creative excellence in all forms of advertising, design and marketing communications. The organisation has announced 13 disciplines for next year’s One Show – branded entertainment, cross-platform, design, direct, film, IP, interactive, mobile, print & outdoor, social media, UX/UI, responsive environments and radio.

Having just finished judging at the LIA awards in Las Vegas, Alan now joins 133 of the brightest minds and most accomplished creative professionals from over 30 different countries, and will be asked to judge entries ‘through a lens that focuses on the creativity of ideas and quality of the execution.’

Commenting on his appointment, Alan says: “The reason I became a copywriter in the first place was down to finding a dusty copy of an old One Show annual in a bargain section of an even dustier second hand book store. Pretty much all the ideas in the annual had one thing in common - they made me extremely jealous. From that day it’s been my favourite awards show by a mile and this year I get to judge it - what a treat!”

Prior to his role at ROTHCO, Alan created award-winning work for Cadbury and Carlsberg at DDB, where he began his career, before becoming Creative Director at TBWA. There, he was responsible for writing iconic campaigns for McDonald’s and Playstation. Since joining ROTHCO as Executive Creative Director, Alan has since gone on to oversee the creation of Cannes Lions winning campaigns including ‘A Shred of Decency’ for the marriage equality referendum for client Daintree Paper, and ‘Join Our Team’ for the Irish Defence Forces. Alan has also been integral to the development of the unique ‘Gang Culture’ in ROTHCO, which sees all agency functions working together to solve their clients’ sticky problems. Judging for the One Show will take place in March, and winners will be announced at The One Show on Wednesday May 10th and Friday May 12th at Cipriani Wall Street during Creative Week.  The ADC 96th Annual Awards will take place on Monday May 8th during Creative Week.

The full list of One Show judges can be found here.