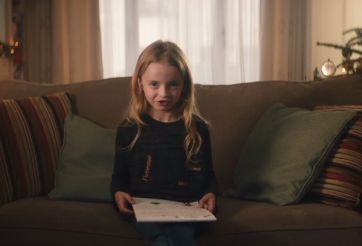 Last night, the 19th edition of The International Food and Beverage Creative Excellence Awards (The FAB Awards) celebrated the best in design, creative and effective work in the food and beverage category. The ceremony was held at The Hurlingham Club, London.
Creative agency Rothco scooped up eight awards at the show, including three of the coveted FAB awards (gold) for its Christmas campaign for Tesco, ‘Here’s to the Hosts’. They also won two silver awards for the same campaign in the ‘TV & Cinema Advertising’ and ‘Experiential Campaigns’ categories.
In addition to client work for Tesco, Rothco also bought home silver awards for Heineken Light ‘Have it All’ and ‘Thieving the Spotlight’ for Heineken cider brand, Orchard Thieves.
The game-changing strategy and creative story behind the launch of Orchard Thieves cider and the ‘Thieving the Spotlight’ campaign was presented earlier in the day by Rothco's Head of Connection Strategy Emer Fitzgerald and Creative Director Ray Swan at the FAB Forum.
To see the full list of FAB award winners click here.