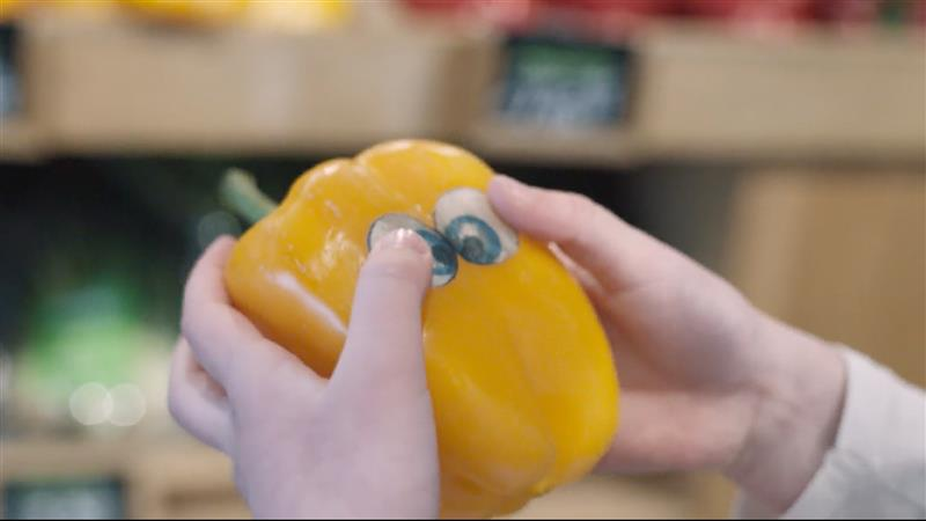 Rothco, part of Accenture Song, worked with the Irish Heart Foundation and Fresh The Good Food Market, to investigate the crafty but effective psychological tactics employed in marketing to children. In a campaign to combat the issue, ‘The Sticky Problem’ aims to raise awareness while repurposing the same techniques for good, promoting healthier options.

As an example, cereal brand marketing often targets children with alarming precision: according to a study by Cornell University, characters on cereal boxes are commonly designed with a 9.67 degree downward gaze specifically to secure eye contact with impressionable children. Incredibly, it’s a psychological tactic that works - the same study found that people are more likely to trust a cereal brand when the character looks them directly in the eyes. By contrast, fruits and vegetables don’t use this type of marketing tactic.

Armed with this knowledge and many other insights into junk food marketing tactics, the team at the Irish Heart Foundation resolved to highlight this important issue in an effort to protect children from such damaging manipulation of their food choices. Setting out to prove its effectiveness for themselves, while at the same time putting the tactics to good use, the Irish Heart Foundation along with Fresh The Good Food Market, performed an experiment - using cereal marketing tactics on healthy foods that kids have much less interest in.

‘The Sticky Problem’ saw a selected range of Fresh The Good Food Market’s fruit and vegetable aisle adorned with edible eyes. Exactly half of every piece of produce, from oranges to aubergines, was granted - for the first time - the means to make eye contact with customers, and children in particular. The results of the experiment were eye-opening. The findings show a 10% overall increase of fruit and vegetables sales on the day of the experiment and, in some cases, Fresh The Good Food Market saw an uplift of 50% in vegetable product sales.

The campaign will run on social and digital media channels from Friday 29th April. To promote the experiment, a series of social content including the main 1’50” video, key visuals and three display posters as well as photos of the display in-store will be launched.

Alan Kelly, chief creative officer of Rothco, part of Accenture Song, comments: “The design technique we mimicked is part genius and part sneaky. We need every tactic out there to help children choose healthy food. That means every tactic - even the slightly sneaky ones!”

Austin McGinley, head of marketing of Fresh The Good Food Market, adds: “Fresh produce and eating well is so important to us, so it made sense for us to explore the idea of applying big brand tactics to products outside of the category. Any way that we can get more people to eat more healthily is a win for us and for our customers.”

Helena O’Donnell, Stop Targeting Kids campaign manager, Irish Heart Foundation, comments: “We know marketing tactics such as emotional engagement, cartoon characters, and fun competitions influence children’s eating behaviours. With more than 20% of children in Ireland living with childhood overweight and obesity, it’s time we flipped these marketing tactics on their heads and called out unhealthy food marketing to children. This innovative approach in associating positive emotions with healthy food will help influence children’s health and eating behaviours both now and into their futures.”