ROTHCO Is Bringing Blood, Sex and Storytelling to Cannes Lions

Awards and Events 896 Add to collection 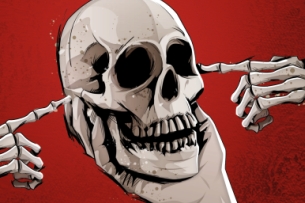 Speaking at Cannes Lions for the first time, creative agency, ROTHCO, will be challenging the industry to think about how Shakespeare might act if he were working in the digital age of advertising.

Commenting on the 16th century inspiration behind their session, Managing Director Richard Carr comments: “With the advertising world evolving so rapidly the ROTHCO team are constantly looking at ways to inspire and engage audiences with our work. Some of the thinking in our most recent projects has taken inspiration from Shakespeare’s approach to an audience. He wrote knowing he had to get the attention of a distracted, noisy and often disruptive crowd. His actors were trained to interact with the crowd and they worked hard to turn the unruly people into an audience. Not only capturing their attention but adapting and moulding them into certain behaviours.”

“Whilst communication vehicles come and go, human responses and techniques to engage them ultimately remain the same.”

The agency have been celebrated this year for their unique thinking, recently scooping up 15 ICAD awards. They will be attending the 2015 Cannes Lions with client Heineken who are being awarded the prestigious ‘Marketer of the Year’ award.

ROTHCO have been behind two of Heineken’s biggest viral campaigns of 2015 and are set to release their latest campaign for the brand around the 2015 Rugby World Cup, which has been created by ROTHCO for the global market. Notable recent work includes ‘Run With It’ – in which they pulled the ultimate hidden camera prank on rugby fans with sportsman Neil Back – and the daring launch of Heineken’s new cider, Orchard Thieves. To launch the brand, ROTHCO bravely interrupted brand adverts for Hailo and Meteor with the Orchard Thieves campaign logo and slogan #BeBold. In a series of advertising firsts, they are also allowing consumers to ‘thieve’ items from the commercials using a bespoke online platform.

ROTHCO’s Managing Director Richard Carr comments: “Our mantra, ‘changing fate and fortune’ was the driving force behind these campaigns. We actually do something very simple in our business that we sometimes forget. We take our clients' sticky problems and solve them with creative solutions. Changing their fate and fortune is the outcome, which is something we want to put across in our talk at Cannes.”

A true example of this is ‘A Shred of Decency’. In the run up to the Irish Referendum on Same Sex Marriage, the agency partnered with Paper Company Daintree to create a campaign which saw the company shred nasty lying ‘No Campaign’ flyers and turned them into beautiful confetti. They sold the confetti in store and online, donating all profits to the ‘Yes Campaign’.

Richard Carr explains: “In each case there was a client with a serious business problem that needed to be addressed. Daintree, was being affected by being associated with the anti-gay stance of the previous owners. Only a brave piece of work like “shred” was going to change their fate and fortune. And we are happy to say it has worked for their business.”

Their Cannes Lions talk, Blood, Sex and Story Telling: Turning a crowd into an audience and other lessons from Shakespeare, will be held at The Forum, Audi A on Wednesday 24th June from 1:30pm to 2:00 pm.

Carr finishes: “This is an exciting year for us at Cannes. It is also our first time speaking and we are looking forward to being on stage after Kim Kardashian… maybe she’ll get us a full house!”