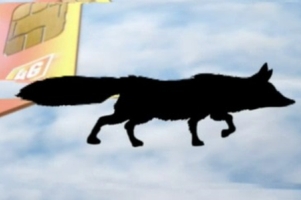 Creative agency ROTHCO has developed a bold campaign for Heineken’s new cider brand Orchard Thieves by breaking a number of world firsts in the marketplace.

As one of the biggest innovations in Irish cider market in recent history, Heineken are putting €20million in marketing support behind Orchard Thieves over the coming years. As the brand takes a daring step into a competitive market, being Bold, is the approach to both the brand personality and their advertising.

ROTHCO Copywriter, Emma Sharkey, comments, “Orchard Thieves ethos, #BeBold, is about pushing boundaries and going that extra inch when and where you can to get the most enjoyment out of time with friends. The cider has been crafted to deliver instant refreshment and the message is that life is for the taking and to get the most out of it, you have to Be Bold.”

Orchard Thieves announced its presence with a mischievous tactic; it appeared to steal ads belonging to other brands. In the lead up to the launch, the new Orchard Thieves’ fox brand icon was seen interrupting ads for Meteor and Hailo, as well as intruding on 3e idents.

Building on this, Orchard Thieves then aired a 50 second spot that introduced the brand personality and campaign line, ‘Be Bold;’ the call to action for all like-minded thieves. This was in fact the cue for a second innovation in the advertising by ROTHCO, allowing people to ‘steal’ the contents of the ads.

ROTHCO has created the digital platform denofthieves.ie for the brand which facilitates the thievery. The site allows consumers to play a series of challenging games which are currently rewarded with free pints in participating bars. Eventually other physical objects of the advertising will become up for grabs which, in another bold move, will later be reflected in the campaign material. Objects stolen will begin to be blanked out as they are taken.

Paul Hughes, Partner and Director of Strategy at ROTHCO, comments, “It wasn’t an easy journey to get brands to agree to the interruptions, not only as it hasn’t been done before but also as alcohol is obviously a sensitive topic. The brands we collaborated with had to have a like-minded personality and we were extremely conscious of age profiles and target market.

“The whole creative platform was built around being bold. This isn’t to say that it’s underhand or sly but about being decisive in our outlook and attitude.  We approached brands this way, remaining open and honest, and ensuring they were included in the creative process. Ultimately it was suitable for raising the profiles of Hailo and Meteor, and telling consumers about their brand personality, rather than detracting from them.

“There was intense planning on this project to make sure that all filming and resources would work across the different campaign channels, especially taking into account the continuing changes. The technology was all developed in house but the rest was a very collaborative process and Heineken and the other core team agencies were great to work with.”