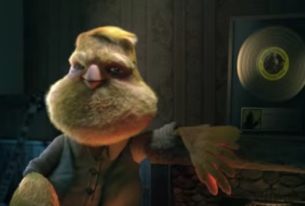 Creative Agency ROTHCO have created a unique campaign for Carbon Monoxide Awareness Week 2015, on behalf of client, Gas Networks Ireland. Tommy McAnairey, the award-winning, ballad-singing canary, is attempting to spread the word for CO Awareness Week by releasing a single about the poisonous gas and attempting to get it to no.1 in the Irish charts.

Following on from the successful musical campaign launched earlier this year, Tommy is now releasing a new single, ‘Carbon Monoxide Is Lethal As Hell’.

John McMahon, Copywriter at ROTHCO, Comments: “It’s a rousingly energetic anthem performed in the traditional Irish folk style. Given that Irish traditional music can be dark and morbid in content, it seemed logical that the genre of music Tommy would sing in would be Irish. And of course, being a canary, he knows more than most about carbon monoxide, seeing as so many of his ancestors died in the coalmines detecting the lethal gas. What’s great is that the song is packed with tips about how to prevent carbon monoxide poisoning (e.g. ‘Always keep your boiler in / Excellent condition / By gettin it serviced once a year be a registered technician’) but because the lyrics lend themselves so well to the style, the song becomes more than a jingle and really comes into its own as a piece of music.”

‘Carbon Monoxide Is Lethal As Hell’ will be available for download on Friday September 18th from iTunes, Google Music and Amazon (but can currently be pre-ordered).

As part of the wider campaign, the song will be supported from a TV commercial, radio, print & digital ads, an accompanying YouTube, website and an extensive social media campaign on Twitter, manned by none other than Tommy McAnairey himself @TommyMcAnairey

The single will also be promoted on various radio stations nationwide and will build on the award-winning 2015 campaign - most recently acquiring nine Sharks at Kinsale 2015, including two international awards.

The objective of Tommy’s single is to generate awareness with a view to ultimately reducing the number of CO-related fatalities. So any profits from ‘Carbon Monoxide Is Lethal As Hell’ will go towards helping the charity, Age Action, to provide carbon monoxide alarms to elderly people.