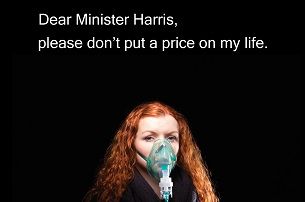 On 1st June, the NCPE (National Centre for Pharmacoeconomics) recommended against reimbursing life-changing Cystic Fibrosis drug Orkambi. When the news broke, Rothco just couldn’t rest on their laurels. They moved quickly, setting up an action group #YesOrkambi and pushing out a lobbying campaign called ‘Please don’t put a price on our lives’.

One of their copywriters, Bernie Martin, is a CF Mum herself. Yet, whilst her daughter doesn’t have two copies of the Delta F508 mutation, the combination that Orkambi treats, she believes that we’re all in the fight together: “My daughter may not have the particular CF genetics that this drug will treat, but that doesn’t matter. Because if you pick on one CF Mum, you pick on us all. We’re in this together. And we won’t rest until that no becomes a Yes.“

So Rothco joined forces with Bernie and the rest of the CF community to launch #YesOrkambi, an activation campaign on a mission to secure funding for this breakthrough treatment.

"People with CF don’t have time on their side so it’s crucial that we act fast and negotiate. We can’t afford to waste any more precious time. We want to take the voices of the CF Community and amplify them. We want to give people the tools they need to fight. We want to make sure that our Government is not allowed to put a price on people’s lives. We want to keep the pressure on them to negotiate with Vertex and reach a deal," said Bernie Martin.

The campaign launched on Facebook last week with a video called ‘Please don’t put a price on our lives’, which features purple balloons (a symbol of hope in the CF Community) being destroyed as a result of the NCPE decision, capturing how devastated the CF Community is feeling. Music track ‘I’m in Here ’ by internationally acclaimed artist Sia further enhances the raw emotion of the piece.

The balloon motif continues in a video letter from CF families to the new Minister for Health and An Taoiseach, pleading with them to negotiate with Vertex and not to let any more people die waiting for Orkambi.

Further videos explore the heartfelt stories of the people behind the price tag and a series of powerful images of CF patients wearing nebuliser masks and other breathing equipment, also direct powerful messages at the Minister, giving the community further tools to lobby with.

The campaign highlights the people behind the price tag and amplifies the voice of the CF Community in their fight to access the first drug developed to treat the underlying cause of CF for the most common form, Double Delta F508.

Rothco would like people to join the fight by tweeting @SimonHarrisTD and @EndaKennyTD using the hashtag #YesOrkambi.

People with CF are not just fighting for Orkambi, they’re fighting for the lives; and we want to make sure they win.