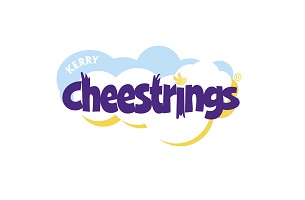 ROTHCO is continuing its international expansion out of Dublin having been awarded the international contract for Kerry Foods’ Kids Dairy Snacking business encompassing Cheestrings, Yollies and Scoffies.

Cheestrings, is worth over €100m across it’s international footprint (11 markets across Europe) and is kids favourite cheese snack within the UK and Ireland*. The business was previously with Fallon London prior to Rothco being appointed as its new agency.

Speaking of the appointment, Kerry Foods GB Kids Dairy Snacking Marketing Director, Victoria Southern, commented: “We are delighted to have appointed ROTHCO as our new Creative Partner for our Kids Dairy Snacking Business.  We are hugely excited by their brave thinking and strategic approach and look forward to taking our brand into its next chapter of growth by sparking Kids imaginations across Europe.

ROTHCO’s continued expansion sees the business at a head count of 165 and 40% of its turnover now comes from international business like Heineken, AON and Unilever.

"We are very excited about building on our relationship with Kerry Foods that started last year with the contract for their Dairygold business." Comments ROTHCO Managing Director, Richard Carr.

Since its inception in 1995, ROTHCO has become one of Europe’s leading independent, creative agencies. Having pioneered its unique multi-disciplinary ‘gang’ structure, it has crafted brand stories for Heineken, Unilever, Aer Lingus, Hailo, Tesco, AON, to name a few, and its work has been recognised with awards from Cannes Lions, EPICA, The Webbies, The Mashies & Midas. ROTHCO has a strong presence on the awards show circuit, having recently spoken at the Cannes Lions Festival of Creativity. This year, ROTHCO has judged at the Dubai Lynx Awards and the LIA in Las Vegas. It is proud sponsor of the Cannes Young Lions Competition 2016 and was awarded a Silver Lion at the Festival of Creativity 2016 for its ‘Join Our Team’ campaign for Defence Forces Ireland. In 2017, ROTHCO will judge at The One Show and the D&AD awards.