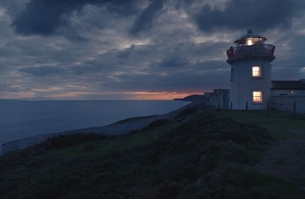 Today, ROTHCO | Accenture Interactive and Allied Irish Bank (AIB) release a new campaign, ‘Belief Is Everywhere’. The integrated campaign led by a 60-second TVC directed by Academy’s Si&Ad, looks to recognise the hard work and belief the Irish public experience on the journey to getting a mortgage.
The TVC opens on a dusky scene on the Irish coast. As the landscape begins to rotate hypnotically on an invisible axis, selected windows light up to the sound of a tinkling music-box version of Blur’s ‘Tender’. Houses from all over Ireland are seamlessly stitched together, into one continuous shot, so that their windows mark the exact notes of a music box punch card for the song. The voiceover explains how AIB, as Ireland’s largest bank and mortgage provider, ‘back belief’.
Patrick Ronaldson, Founding Partner & Director of Strategy at ROTHCO comments: “The reason AIB have really resonated with customers over the past 10 years is because they have actively sought to understand and help people on the journey to create their homes. The housing market in Ireland continues to be a challenging one but belief in finding and creating a home is critical for people. With this campaign we wanted to show the many different people and homes that have been created by belief and demonstrate how AIB back that belief every day across Ireland.”
To make the ad authentic, an actual music box and punch card were created to play the soundtrack. The music box punch card was then used to create a map of windows and the locations were chosen to match the exact notes that the music box plays. All of the locations were then shot and stitched seamlessly together to create a single shot that takes the viewer all the way from the west coast of Ireland to the east coast.
Si & Ad, Academy Directing team said: “Rothco wanted the film to relate to the whole of Ireland and with that include as many diverse types of architecture. For our purposes we had the notes plotted onto a punch card. This sequence then had to be mapped out as windows which we then roughly stitched as a panoramic. As the track builds we needed higher buildings for all the notes. Ireland is relatively low rise, so this became quite a task. Luckily, we found buildings by the water which allowed us to use the reflections for the additional notes. With all this information we scouted from the west to the east coast in search of our locations.”
In order to capture all of the locations the scene was shot through dusk to dawn. Si&Ad explain: “Initially the plan was to shoot the locations at dusk. This of course would have made for a very long drawn out shoot. We therefore decided that as the film journeys from the west to the east we could begin with a sunset, travel through the night and end with the sun rising in the morning.”
The campaign will air on TV and will run on print, VOD and Social.
view more - Creative

Rothco, part of Accenture Interactive, Celebrates the Musical Magic of Guinness this Christmas
View all News 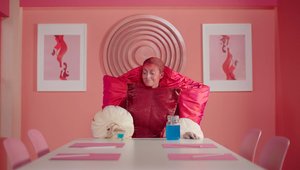 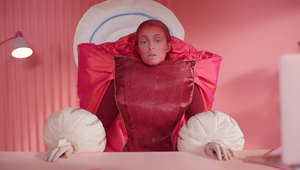 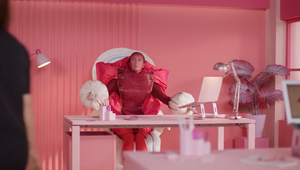 From A Period 1
View all Work