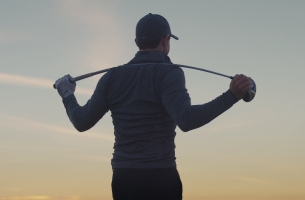 W+K Portland & Nike Golf are launching an integrated global campaign challenging athletic golfers to 'Enjoy the Chase' in the lead up to the first major of the season, The Masters, where Rory McIlroy will be chasing a career grand slam.

Whether he wins at Augusta or not, the chase never ends. One slam can become two. Two, three. And in that is the whole beautiful point. The chase is an endless journey. And it’s magical.

Beyond the 60-second anthem with Rory McIIroy, the campaign includes a series of short vignettes across social channels featuring the roster of young Nike golfers including Tony Finau, Brooks Koepka, Michelle Wie and Patrick Rodgers