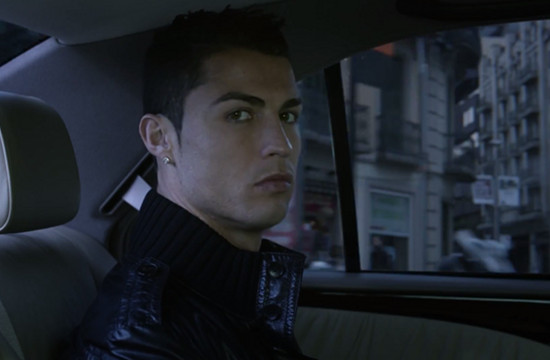 In two months the globe's footballing elite are to head to Brazil for the ultimate gong: the World Cup.

Taking a slightly more sincere approach than 2010's 'Write the Future' campaign, Nike has launched 'Risk Everything'. The campaign's first ad follows England's Wayne Rooney, Brazil's Neymar and Portugal's Cristiano Ronaldo dealing with pressure-mounting commentary voices in their heads. Each player is fearful that they won't live up to their respective nations expectations and hopes.

The ad was created by Wieden+Kennedy Portland and directed by Jonathan Glazer through Reset and ends with an almost skull and crossbones-like campaign emblem with the Nike swoosh imprinted into the skull's head.