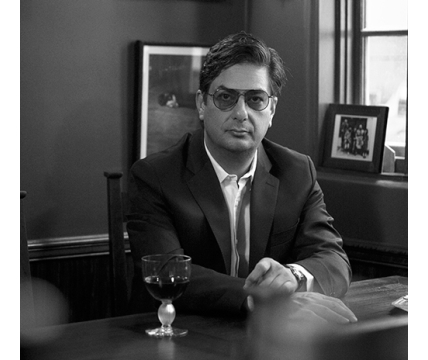 Roman Coppola –director, screenwriter and producer– will headline Ciclope Festival 2014, the only international event fully dedicated to the “craft” in moving image and advertising. The event will take place on November 6 and 7 at Babylon Mitte, Berlin, where Roman will participate in a public interview. Tickets for the festival are still available here.

Roman Coppola grew up in the world of filmmaking, and has developed his directing skills by working in multiple capacities: from sound recordist to cinematographer, to writer, producer and inventor. He began his directing career with visual effects and second unit direction of Bram Stoker’s Dracula (1992), which garnered a BAFTA Award nomination for Visual Effects. His first feature film, C.Q. (2001), premiered at the Cannes Film Festival and was well received critically. His second feature, A Glimpse inside the Mind of Charles Swan III (2012) premiered at The Rome Film Festival.

He was a producer and co-writer for Wes Anderson’s The Darjeeling Limited (2007) and co-wrote with Wes the screenplay for Moonrise Kingdom (2012), for which they were nominated for an Academy Award. He also lent his talents on Lost In Translation (2003), Marie Antoinette (2006), The Life Aquatic (2004) and The Grand Budapest Hotel (2014).

In 1994 he founded The Directors Bureau, an award-winning commercial and music video production company that includes Sofia Coppola, Wes Anderson, Canada and David Wilson in its roster. It is at The Directors Bureau that Roman has directed his highly acclaimed and influential music videos and commercials, for bands such as The Strokes, Fatboy Slim, Daft Punk, and for a long list of commercial clients. Roman’s stream-of consciousness video for the Phoenix “Funky Squaredance” track was invited into the permanent collection at The Museum of Modern Art.

Mr. Coppola is also president of the pioneering San Francisco-based film company American Zoetrope. Among his producing credits are Sofia Coppola’s Somewhere (2010), Walter Salles’ On the Road (2012) based on Jack Kerouac’s iconic novel, and Sofia’s latest film, The Bling Ring (2013). Mozart in the Jungle, a TV pilot Roman produced and co-wrote with Jason Schwartzman and Alex Timbers was recently ordered to series by Amazon Studios with nine episodes currently in production.