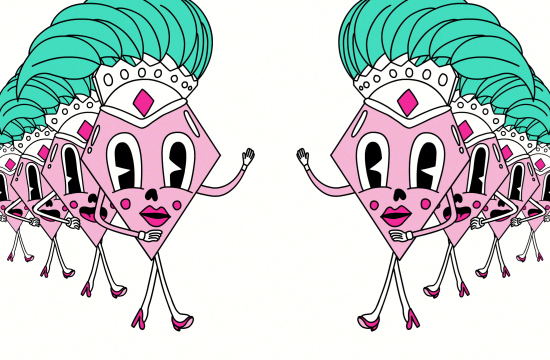 MassMarket, Chandelier Creative and Director Roman Coppola from The Directors Bureau get animated for Old Navy

Chandelier Creative, widely known for their expertise in the fashion advertising industry, wanted to put a fresh spin on things with this contemporary round of spots for Old Navy.

“Chandelier's main objective was to bring a dynamic, relevant approach to the brand and push the boundaries with a fun and colorful technique using young and progressive talent," commented MassMarket Executive Director Louisa Cartwright.

Chandelier tapped globally celebrated Illustrator Hattie Stewart for her edgy characters and modern aesthetic, making sure to also sign on her chief Animator Andy Baker in order to bring the scenes to life. Rounding out the team was MassMarket’s Animation Director Lucas Borras and all parties jumped at the chance to work with The Directors Bureau Roman Coppola.

“Roman (Coppola) was a master on set," added Cartwright, "and there was a great amount of respect and appreciation that ran between Hattie (Stewart) and Roman. His use of playful techniques encouraged the performance and made for fun interactions between the live action and animation."

Both on and off set, another common thread tied the teams together — a thirsty determination to turn what could have been a normal fashion beauty shoot into an enchanted, punk-pop infused story was shared by all.

“This is definitely the largest scale project I have worked on in regards to the amount of design and illustration required,” commented Illustrator Hattie Stewart, “but the idea of animation mixing with live action - the possibilities for this were endless. I love the interaction between what is real and what is imagination, and hopefully this played out in the spots. Mostly I wanted them to be playful and a little tongue in cheek.”