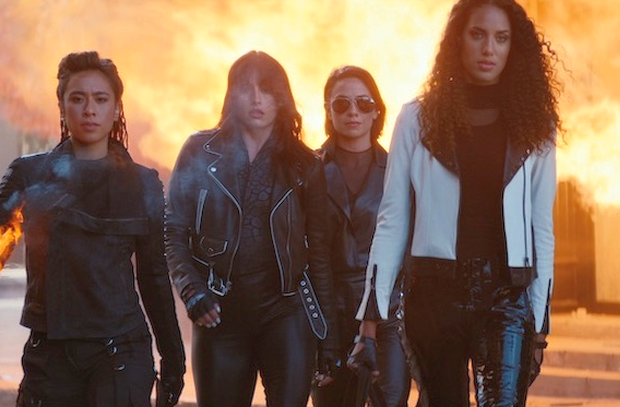 Continuing its string of disruptive work for the Cadillac brand, Rokkan has set a new bar with the launch of the Crew Ready, 3-row, XT6 SUV. In order to standout in the ever-crowded Lux-3 SUV segment, Rokkan collaborated with A-list, powerhouse directors The Russo Brothers and production company Bullitt. World famous superhero style with a twist defines the XT6 Crew Ready campaign and further defines the bold new direction of the Cadillac brand.

The campaign is comprised of a dynamic series of films showing off the XT6’s spacious 3-row interior, sporty design and rich technology suite – cementing its status as the perfect SUV for every squad, fam, or posse. In essence, XT6 Crew Ready is a celebration of size and style – performance and presence told through a cast of crews. They are both heroic and familiar – modern, tech-forward and cut from every cloth. The campaign also features the bombastic track 'Welcome To The Party,' by Diplo. The track adds a commanding layer of energy to the films for a brand whose legacy in music is unmatched.

“Our team has continued to push the boundaries of what the world expects from a Cadillac, and this campaign continues that dynamic creative trajectory.” Said Brian Carley, CCO of Rokkan. “We set out to uproot the idea that a 3 row SUV has to be marketed in an expected and uniform way and The Russo Brothers were the perfect partners to do just that with Crew Ready.”This new work is a prime example of Rokkan’s disruptive and culturally relevant approach as the 19 year-young creative shop does what it does best: push the boundaries with clients to make an impact—not just on their business, but on culture at large. Rokkan.com