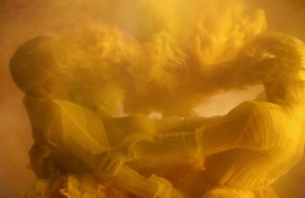 Saam Farahmand at ROGUE FILMS created this revolutionary advertisement for Lipton’s new TO Tea machine for Tribal Worldwide London in collaboration with adam&eveDDB.

Saam Farahmand is an award winning music video director, and in this project he works with a renowned team of artists and performers including Cirque du Soleil.

The advert combines cutting-edge filming techniques with beautiful in-air and underwater performances by Cirque du Soleil. These tangibly visualise T.O by Lipton in action and show the ‘revolution in flavour’.

The ad draws inspiration from T.O by Lipton’s visible brew orb, a unique aspect of the product – in which you can see the tea brewing.  To create a visualisation of the tea leaves dancing and blending inside the orb, Cirque du Soleil performed underwater in colourful outfits representing specific flavours - each one behaving as the tea leaves and capturing the spirit and essence of the brewing process.