After shooting the official video last year, Silva returns with an unofficial follow-up 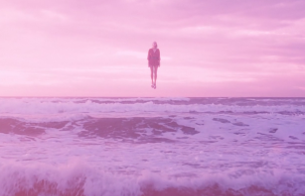 Happiness is a mesmerising new Music Video from filmmaker Rogério Silva (edifice; Abaddon), inspired by relationships rooted in deception and unrealistic expectations. He took a cinematic approach to tell the story of a man who’s haunted by a mysterious apparition.

Rogério Silva was commissioned in late 2015 to produce a Music Video to Ekat Bork’s single Happiness. The artist decided to shoot another video for the single promotion, but remained happy with the commission. After the single’s official release, this previously unseen version is now allowed to be made public.

The shoot took place at Magoito beach, in Lisbon, Portugal, over four days. The three timelines in the video were shot at different times of the day, where the team had half hour windows to film each scene due to changing light conditions. The dark portion of the story was shot at six in the morning, nearly pitch black; the sunny scene was shot at sunset, as the sun approached the horizon; and the daytime scene was filmed mid-morning, just before the sun breached through.