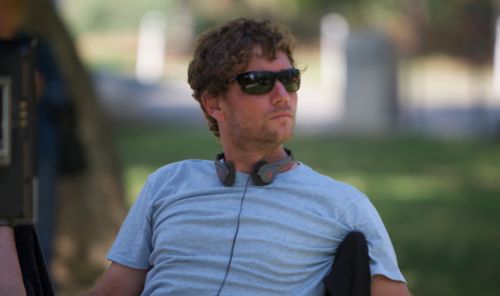 Rodrigo Garcia-Saiz hasv joined O Positive for commercial representation in North America and internationally. A premier directing talent, Garcia-Saiz is a storyteller whose work in both comedy and drama has been recognized across the world. He has won a Cannes Gold Lion for AMIS “Office” (Ogilvy & Mather Mexico), a dramatic spot that suggests the only thing you should be thinking about while driving is driving, while his comedic Skittles campaign—“Bleachers,” “Cranky” and “Mentor” for DDB Chicago and LatinWorks, was honored in D&AD Annual and curated by tastemakers including Creativity and AdWeek.

“I am an enormous fan of O Positive,” Garcia-Saiz says. “Talking with Jim [Jenkins] and David [Shane], I felt as if I knew them. They really love their work and enjoy their families; we share a similar vibe. Plus, they do some of the best work out there. I appreciate that O Positive is a small company where I can really focus and do great work.”

"Both David and I have followed Rodrigo's work for years, so when an opportunity arose to meet with him we jumped at it,” says Jim Jenkins, O Positive Director/Partner. “David and I both have always seen a sure hand in his work, and a consistency that we really admire, especially in terms of his performances. He's just an enormous talent."

“He can do everything,” concurs David Shane, O Positive Director/Partner. “He is such a good visual storyteller, but he also gets wonderful, nuanced performances. His casting is always spot on. His sense of rhythm—his economy of story telling is so good. And he's as nice as he is talented. I truly hate him.”

Garcia-Saiz has helmed a steady drumbeat of award-winning work. Highlights include the Bronze Lion-winners “Executed” for Gandhi Bookstores, a funny parody of the horror genre depicting just how swept away a person can be by a good book, and “Playground” for Anti-Bullying, which casts a young boy in alarmingly violent scenes to drive home the consequences of bullying in schools.

What drew Garcia-Saiz to each was a strong concept and the agencies openness to working as a team. “I have had the opportunity to do different genres of commercials— comedy or drama,” Garcia-Saiz explains. “For every board, I put all my heart and cinematic learning of the past 12 years. I love the comedy, but I also love to do emotional things. I love to work with actors and tell a story. I don’t want to be pigeonholed. I’m more a storyteller than anything else.”

Garcia-Saiz, 38, attended film school at University of Mexico’s prestigious El CUEC. He was handpicked to join Alejandro G. Iñárritu’s production company as a commercial AD where he says he had ample opportunity to build his “cinematic muscle.” He went on to form his own Mexico City production company, Central Films. Prior to joining O Positive, Gacia-Saiz was repped stateside by Boxer Films.