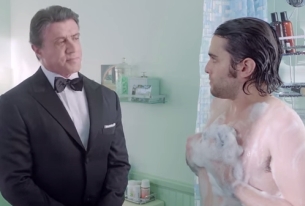 The campaign includes the 45 second “Elevator” that finds a slender young man taking a seductive selfie in an elevator before being caught by the unimpressed and tuxedo-clad Stallone. He breaks his painful silent stare by firmly stating, “You need to watch more boxing,” continuing his deliberate gaze as the young man’s cell phone erupts in a pop song ringtone. The spot closes with the winning punch of a match followed by Stallone holding court in the ring with the “We Are Boxing” super and the Tecate logo.