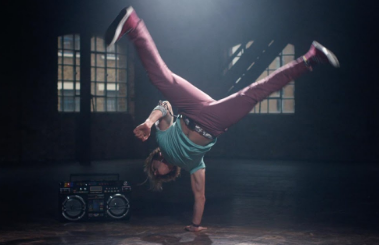 Venice-CA production company Rodeo Show directing duo Mccoy | Meyer humorously prove that mouthwash is more than a hygienic practice, but rather a catalyst for a bold lifestyle in the new LISTERINE UK “Bring Out The Bold” campaign out of The MRY Agency, J. Walter Thompson Worldwide and Tongal. With a tongue-in-cheek approach, the campaign includes two spots that explore the less-than-ordinary daily routines of a professional breakdancer Dan Dewhirst and professional stuntwoman Christie Aaria Emby to unveil the rituals of a truly “bold” individual.

The directing duo infuses their signature comedic flair to create a narrative that highlights the thrilling moves of both the break dancer and the stuntwoman, augmenting seemingly mundane and ordinary daily activities like cutting butter and making a smoothie with the utmost stylised finesse. The dynamic stunt scene by Christie Aaria Emby was filmed at St. Anne’s Cathedral in London, where scenes from the action film 28 Days Later were also shot.

“It's always great to work with a brand that grants us complete creative freedom to insert our cheeky sense of humour,” notes the directing duo. “Most importantly, Christie and Dan proved to be incredible talent, with unmistakable charm that exudes in every frame. We're already looking forward to our next project with LISTERINE UK coming this summer."