Throughout the year, Tasha works for National Geographic Expeditions as a photography and filmmaking instructor 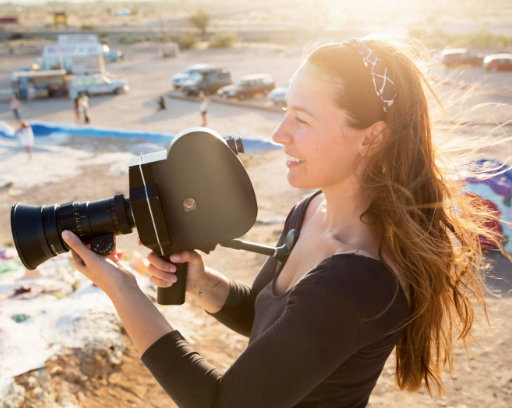 Venice Beach-based production company Rodeo Show has signed director, photographer and cinematographer Tasha Van Zandt for her first U.S. commercial representation. Bringing a global perspective to her work across commercials, feature films, series and photography, she has traveled on assignment to over 75 countries and every continent. Dedicated to telling stories that foster empathy and build cultural bridges that impact greater global understanding, she has crafted cross-media projects for such top clients as National Geographic, NBA, ThirdLove, Google, Apple, New York Times Journeys, The Guardian, Adobe and Airbnb, among numerous others. Van Zandt is currently directing a feature documentary film, After Antarctica, with one of National Geographic’s most legendary explorers.

Click HERE to view a selection of her work.

Notes Rodeo Show Executive Producer Raphael Leopold, “Besides being one the of the kindest, genuine, and compassionate artists I have met, Tasha is an incredibly talented artist and filmmaker with a remarkable eye and impeccable storytelling abilities. Her talent, combined with her extensive experience in various formats of filmmaking and photography is a massive addition to Rodeo Show and we are thrilled to be working with her.”

“Rodeo Show has an impressive track record of molding the careers of emerging filmmakers,” adds Van Zandt. “I’m thrilled to be a part of their roster and work with Raphael to continue to expand my reel.”

From a young age, Van Zandt has been exploring the world from behind the lens, soaking up every bit of knowledge she could get her hands on, learning the ins and outs of photography and filmmaking firsthand. A consummate explorer, her insatiable quest for shaping worldviews through storytelling brings a vitality and delicate urgency to all of her work. She has traveled the globe on assignments such as documenting Buddhist monks on the Thai-Myanmar border, researching the effects of coral bleaching at the Great Barrier Reef, traversing the Negev by camel while documenting unrecognized bedouin villages, surveying UXOs in Laos, among many others.

Throughout the year, Tasha works for National Geographic Expeditions as a photography and filmmaking instructor where she leads educational expeditions throughout Australia, Iceland, Tanzania and Japan. Recently, she collaborated with the artist JR to document his San Francisco Mural Project which will be opening later this year at the SFMOMA.