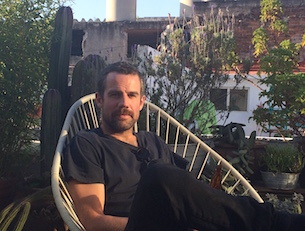 Sutherland’s holistic, image-driven directorial approach embraces remote and culturally broadening locations that bring compelling imagery and freshness to each and every project.

He has helmed spots for such top brands as AT&T, Budweiser, Visa, General Electric, USAID and Benjamin Moore.

His work for Benjamin Moore was awarded an Integrated Lion Award at Cannes Lions and a Titanium award. Sutherland brings over five years of experience directing in-house for agencies including Anomaly, The Martin Agency, MRY and Barbarian Group, and production companies such as Element in Boston, Good Fight in Washington D.C.,Vice and Rabbit in New York.

Click here to view a selection of Sutherland’s work.

Rodeo Show Executive Producer Raphael Leopold notes, “Alec is an authentic and creative person with the ability to produce visually stunning work that shines bright and uniquely taps into the emotions of its viewers. He is an incredible collaborator and creative partner and I couldn't be more excited for his future at Rodeo Show.”

Adds Sutherland, “I am thrilled to start the new year joining the Rodeo Show team. Their unrelenting support over the previous 12 months has made me a better director and I am looking forward to taking on new challenges and building a productive, lasting relationship.”

Vermont-native Sutherland has been fascinated with directing from a young age, shooting high-octane skate videos with his friends. His interest grew further when a high school teacher introduced him to the films of notable directors like  Werner Herzog, Terry Gilliam and Errol Morris, ultimately leading him to study film  at Temple University in Philadelphia.

A versatile director with a passion for cinematic narratives and an intuitive eye for visual storytelling, Sutherland’s break into the industry was propelled by his first project out of college: a spec ad for the original iPhone. The spec ad went viral, garnering millions of views and crashing his site, drawing the attention of top agencies and production companies. Sutherland then leveraged his unique filmmaking perspective in the digital age to build his reel, adding top brands and agencies to his slate. He is passionate about seeing a project through from start to finish, remaining heavily involved throughout the editorial process by occasionally editing his own work or collaborating closely with editors. This passion assures that Sutherland will carry the targeted concept all the way through final delivery.

Most recently, Alec spent several months in Mexico City writing a feature script slated for completion in 2018. When he is not immersed in a project, you can find him at home in New York City with his dog Pepino.