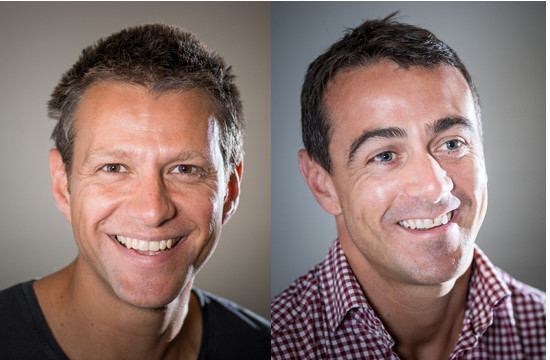 Royce is being made Chief Creative Officer, with Filler appointed to the newly created role of CEO Europe, Tech & Distribution.

With online video now the fastest growing part of the $100bn digital advertising market, growing at 43.2% per year in the UK[2]; the opportunities within the video ecosystem are vast. The high-profile appointments represent a significant step forward for Rockabox, which has grown rapidly since its inception in 2008 and recently announced a successful £3m Series A funding round, led by Notion Capital.

Through its work with media agencies and publishers, Rockabox has shown that when the best creative ideas are delivered through the best technical platform, brands can achieve significantly improved marketing campaigns. Rockabox’s core focus remains its scalable software-as-a-service platform, but critical to the adoption of its proprietary technology is that it is supported by a best-in-breed creative consulting arm; Rockabox’s hiring of Royce and Filler is timely.

Royce will oversee the creative output of Rockabox’s Content Division. He comes to Rockabox from Glue Isobar, where he was Executive Creative Director.  A globally recognised creative talent, credited with building Isobar into one of the most highly regarded digital agencies of the last decade, Royce has won about every major international award going, with a tally including sixteen Cannes Lions, six One Show Pencils, nine Eurobest awards and Campaign Digital Awards.

Royce commented: “I love the pioneering spirit of Rockabox.  We want to make video content properly count for everyone and having the chance to help create original content and marry that with the amazing tech and approach to distribution here is a super-exciting opportunity for me.”

Royce will report directly to Rockabox’s co-Founder & Content Division CEO Torie Chilcott who commented: “The past five years have been eye-opening for me - moving from the structured play of television and its colourful characters to the crazy pace of digital; witnessing many in the space struggle to understand how to make content really effective for consumers and brands alike. Seb is the rarest of talents; he's off-the-scale creative and one of the most inspirational people I've had the pleasure to work with; he really gets it. We are all over the moon that he has come to play with us at Rockabox.”

Filler has been hired from AOL’s Advertising.com, where he was UK MD.  Whilst at AOL, Filler led the UK branded video content distribution business, goviral. Prior to AOL, he held the position of Managing Director at media and technology network Collective, and before that, was Commercial Director at Unruly Media, following a stint at Videojug. Filler built his digital career at The Guardian, where he held the role of Advertising and Sponsorship Manager.

Filler said, “Intelligent clients and agencies are starting to understand the importance of creating high quality video assets to engage customers, but they still need a lot of support to make their content count. Rockabox is best placed to offer clients a solution that exudes genuine quality at all stages of the process. We have an unrivalled level of technology and distribution expertise at Rockabox, supported by an award-winning creative arm. I am so excited to become a part of this impressive team.”

Filler will report directly to Rockabox co-Founder & Group CEO James Booth, who commented, “I’ve known Steve for many years and had the pleasure of working with him when at Tangozebra. He is at the very top of his game and one of the most effective senior players in our industry. I am absolutely thrilled to have him join Rockabox to head up the Tech & Distribution side of the company in Europe; with this as our core focus going forward it is vital that we have the best people steering it, and in Steve we have the very best.”