The new campaign was developed in collaboration with Innocean Worldwide 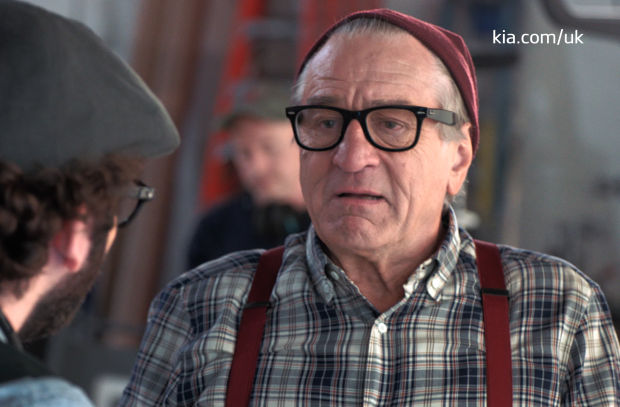 The campaign supports the launch of the Korean marque’s new Niro family, which includes the all-new Kia e-Niro, winner of What Car? Car of the Year 2019. It aims to challenge perceptions of Kia amongst people who are curious about the world around them, researching numerous sources in order to help them decide on a purchase.

As part of the launch, Innocean Worldwide has created a 30-second spot featuring Robert De Niro taking part in a Kia ad shoot, turning up on set in what he believes to be fashionable clothing, dressed as “a trendy version of De Niro”. When he speaks with the director, it turns out that the script instead mentions “a trendy version of the Niro” – meaning the Kia Niro. The ad features the line “There’s nothing like a Niro.”

Havas Media has developed the UK media strategy and plan for the campaign, which aims to show that Kia really has something to offer and is worth another look. With a hero range, hero product and hero ambassador to leverage, the agency has used a hero approach to media in order to build fame and create a new level of attention on Kia. Within each channel, Havas Media has carefully selected high quality, unmissable placements, prioritising traditional broadcast mediums to showcase the hero asset, as well as more niche, unexpected environments in order to demonstrate Kia’s credibility amongst an audience of curious thinkers.

High impact placements on TV, cinema and video-on-demand are supported by podcast sponsorship and social activity on Facebook and Instagram.

Jane Fenn, head of brand communications, Kia Motors UK, said: “Who better to represent our brand than a global superstar who also happens to have the same name as our hero range? We’re delighted to launch this campaign featuring Robert De Niro, an iconic actor who is sure to drive fame for Kia.”

Ricardo Wolff, INNOCEAN Worldwide Europe executive creative director, commented: “Who else to advertise a car called e-Niro? Of course it had to be Bob. We also had Bryan Buckley on set, one of the world's best ad directors, so the whole experience was truly humbling, to say the least. Bryan's sense of comedy along with Bob's acting ability delivered an awesome result. We also shot a host of online films and still motifs, I can't wait to see it out there."